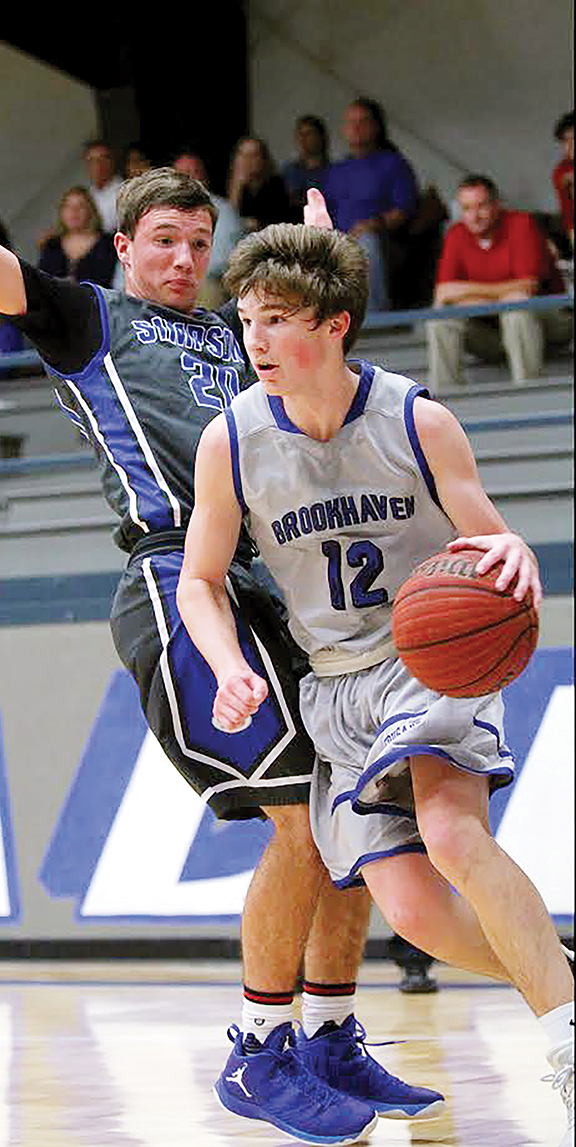 The Brookhaven Academy Cougars and Lady Cougars battled head-to-head Tuesday evening with a familiar foe in Simpson Academy. The Cougars suffered a hard-fought setback by a score of 50-42 and the Lady Cougars used a strong second half to pick up the win by a score of 55-30.

The BA Cougars (19-8) had plans of payback after their earlier season loss at Simpson Academy, but could not get what they wanted. The Cougars kept it close, but could never break past a five-point margin and eventually dropped the contest by a score of 50-42.  BA senior Dylan Winborne led the way for the Cougars with 14 points. Ethan Nations added 10 points and six rebounds. Dawson Flowers chipped in nine points in scoring support. Sam McWilliams dominated the game for Simpson Academy with a game-high 36 points to lead the visiting Cougars.

The BA Lady Cougars (18-9) took a slim six-point lead into the locker room at halftime but turned the tides in the second half on their way to a 55-30 win. Jana Case led BA and all scorers with 24 points and six rebounds.  Anna Michael Smith added 10 points and five boards as well. Sophie Wilson played well on the defensive end with four steals. Morgan Griffith led Simpson Academy with 13 points.

The BA JV Lady Cougars avenged an earlier season loss to Simpson Academy and grabbed a share atop of the district standings with a 42-39 win Tuesday. AB Warren led the Lady Cougars with 11 points followed by Emily Claire Felder with 10. Makayla Martin added eight points and Juliana Crosby rounded out the scoring leaders with seven points.

The BA JV boys came out quick and poured it on down the stretch to knock off the visiting Cougars by a score of 38-23. Gavin Brogden led BA with 17 points.

Coming off two district wins in a row, the Brookhaven Panthers had momentum heading into their district matchup against Provine... read more