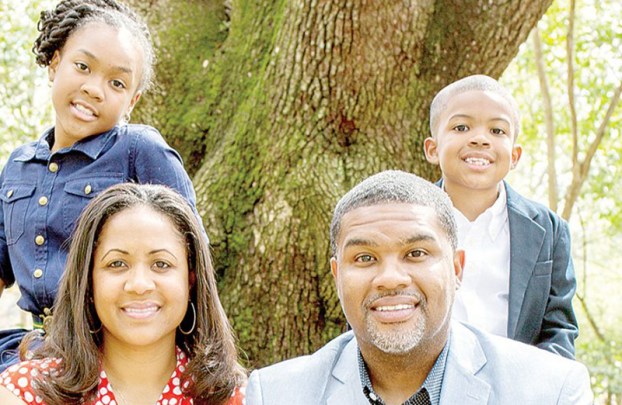 Photo submitted Brookhaven native Elbert McGowan, the senior pastor of Redeemer Church in Jackson, will be the guest speaker Friday night and Sunday as Mission Month at Faith Presbyterian Church wraps up. With Rev. McGowan is his wife, Karen, and children Karis Elise and Tripp.

Faith Presbyterian Church is on a mission to spread the gospel around the world.

The Brookhaven church will wrap up its monthlong celebration of missions Sunday with guest speaker Rev. Elbert McGowan Jr.

A Brookhaven native, McGowan is the senior pastor at Redeemer Church in Jackson. He will attend a covered dish supper at 5:30 p.m. Friday at the church, located at 400 Magee Drive. He will speak at 6:30 p.m. The public is invited to the meal and the service.

Dr. Elias Medeiros, professor of missions at Reformed Theological Seminary in Jackson, will be featured at a Sunday School service at 9:30 a.m. Sunday, followed by the morning worship service at 10:45 a.m. with McGowan.

Church member Bob Massengill said he is looking forward to hearing Medeiros speak. “We have heard great things about him,” he said. “He’s really dynamic and on fire for world missions.”

He has, however, heard McGowan several times.

“We’ve heard him preach before and he is just an exceptional preacher,” he said.

Massengill is head of the mission team at Faith and has participated on several mission trips. It’s important that church members stay reminded of the importance of supporting mission work around the world.

“We’ve been told by the Lord to do that,” he said. “I feel that when people’s heart is geared toward missions, they’re not just going to give to something on the other side of the world, they’re going to be involved with missions and ministries in this country.”

Every sermon this month has focused on missions. At the end of the month, church members participate in a Faith Promise, where members pray for guidance to know what to give to support the important work. “It’s where members rely on the Lord to provide for them so they’ll be able to give to missions,” he said.

This is the 60th year for the Faith Promise.

Among the missions the church supports is an orphanage in Mexico, ministers worldwide and also many involved with the Reformed University Fellowship at various Mississippi universities, a kindergarten at their church, a prison ministry, addiction recovery, a Christian adoption agency, an orphanage and home for children and Fellowship of Christian Athletes chapters in Lincoln County. The church supports about 30 missions “everywhere from Australia to here in Brookhaven,” he said.

“I think the Lord has blessed our church as a result of that. We’re not just focused on us, we’re focused on folks all over the world.”

Some property owners who live outside the city limits are paying more for fire coverage on their homeowners insurance lately,... read more