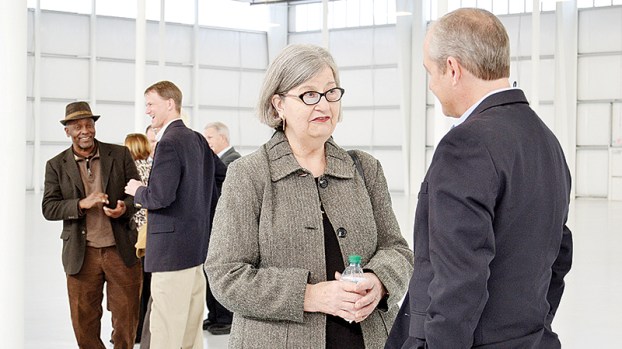 “If this is a pond you’re in,” Bishop said, looking around the inside of the lone building in the Linbrook Business Park. “This thing is the bait and we’re looking for a big fish.”

The pond is the 400 acres of land just west of I-55 with infrastructure in place to accommodate most businesses and industries.

The bait is the 50,000-square-foot building that sits on 12 acres in the vacant park.

It looks like a large gray airplane hangar right now, but hopefully soon it will be filled with workers and machinery inside instead of elected officials mingling and shaking hands.

And the trophy bass the Brookhaven-Lincoln County Economic Development Alliance, Lincoln County Board of Supervisors and Brookhaven Board of Aldermen hope to catch is any businesses or industry who wants to bring their operations to Linbrook.

The county and city years ago put up $2.2 million each, along with the Chamber’s $500,000 and a $1.1 million grant from the Mississippi Development Authority to build the park, Bishop said

It was a wise investment at the time, since the existing industrial park neared capacity and the boards had the expectation that a new business park would soon welcome tenants.

Then came the Great Recession, derailing those hopes. The park has sat empty since.

The Alliance is a group that governs Linbrook and is led by Brookhaven-Lincoln County Chamber of Commerce Executive Director Garrick Combs. It partnered with industrial development company Agracel and Southwest MS Electric Power to construct a spec building to hopefully entice a business to locate there. Combs and elected officials are hopeful the first industry to locate in the park will catch the eye of others who will follow suit once they see a successful business.

The building is constructed in a way that it can quadruple in size.

The dirt work has already been completed for a 150,000-square-foot expansion, with room to go as large as 200,000 square feet, said Combs Thursday at a ribbon-cutting ceremony for the building.

Combs doesn’t know when they’ll get a tenant, but he said his job will be easier now that he has something to show potential customers. 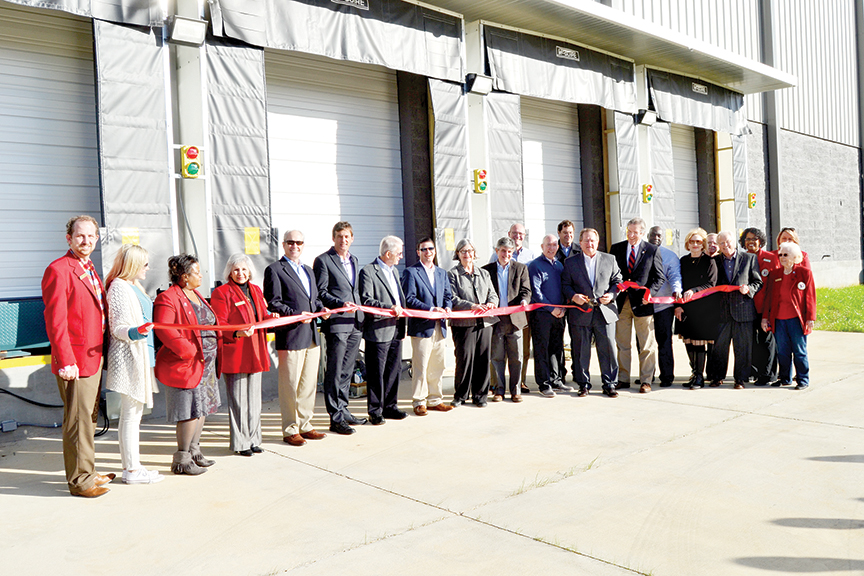 Photo by Donna Campbell/Ambassadors and members of the Brookhaven-Lincoln County Chamber of Commerce, elected officials, representatives from the Mississippi Development Authority and others involved in the Linbrook Business Park in Brookhaven helped cut the ribbon on a 50,000-square-foot spec building Thursday.

What’s the world’s best hot sauce? Depends on who you’re asking. Are you asking me? Are you talking to me?... read more