We do not know if it is a political power play or a serious attempt to save taxpayer funds but a last minute effort led by Lincoln County Representative Becky Currie should have her local constituents asking questions.

On Friday, Currie along with fellow Republican House member Jerry Turner of Baldwyn introduced a bill that abolishes the Mississippi Arts Commission and moves its operations and responsibilities to the Mississippi Development Authority. A companion bill awaits action in the Senate.

The Brookhaven House member is drawing fire from the Arts community across the state for they see the move as an attempt to dilute the Arts Commission and remove its sometimes controversial director Malcolm White.

Rep. Currie in a Jackson newspaper interview denied the charge saying her bill was all about saving taxpayer money by relocating the commission employees to MDA’s building and thereby consolidating costs.

A curious idea in that both MDA and MAC are already housed in the Woolfolk Building on West Street and thus any cost savings would be minimal.

Why should Becky Currie’s bill be of concern to her constituents here in Brookhaven? The answer sits in the middle of Brookhaven on the historic Whitworth campus where the Mississippi School of the Arts sits.

It makes it rather awkward that the author of a bill to dismantle the Mississippi Arts Commission represents the county that houses the school whose sole purpose is to build upon Mississippi’s vibrant arts heritage.

Here at home, MSA is one of Brookhaven’s key economic plums that helps drive the economy of this community.

The Arts in Mississippi are key to MSA success and MSA is key to Lincoln County and Brookhaven’s success.

It is a curious, troublesome and awkward situation. Curry’s bill faces a Tuesday deadline. 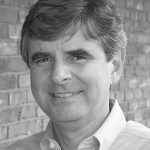 Senate Bill 2567, which was passed this past week by the Senate Appropriations Committee, would allow Gov. Phil Bryant to... read more