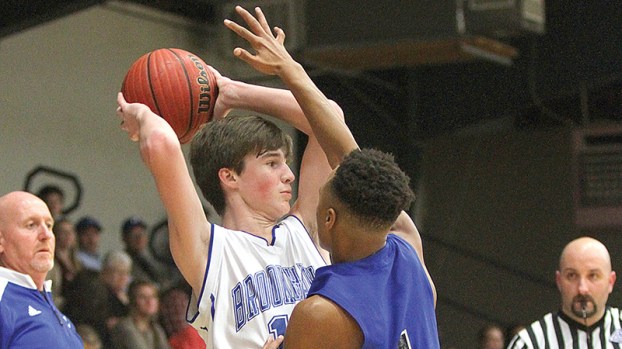 Dawson Flowers looks to make a pass during a recent BA game.

The Brookhaven Academy Cougars and Lady Cougars traveled to Flora to take on the Tri-County Rebels in Saturday afternoon, where the Cougars battled a very physical Rebel squad to pick up the 44-36 win. The Lady Cougars were also up to the task, knocking off the Lady Rebels by final a score of 52-40.

The BA Cougars (21-8) held off several second half charges from the home team Rebels of Tri-County to pick up a highly contested 44-36 win. Dawson Flowers led the way for BA with 16 points and nine rebounds. Ethan Nations added 13 points and 11 boards.  Swayze Bozeman led Tri-County with 13 points.

The BA Lady Cougars (19-10) trailed the Lady Rebels by one point at halftime, but came out on fire in the second half on their way to a convincing 52-40 win. Jana Case and Kailyn Jordan led BA with 15 points each.  Bailey Stewart added seven points and eight rebounds in support. Leta McCullough led Tri-County with 21 points.

The BA JV boys played one of their most complete games of the year cruising to a 43-26 win. Playmaker Britton Nelson played one of his best games of the season, working his way around the Rebel defense to a 25-point game. Brady Spring added seven points to round out the scoring leaders for BA.

The BA JV Lady Cougars used a high-pressure defense to stall any offensive efforts from the Lady Rebels to pick up the 31-13 win. Makayla Martin led the way for BA with 10 points. AB Warren added eight points to the Lady Cougar total.

BA is in action today as they travel to Jefferson Davis County to take on the Prentiss Christian Saints. Seventh grade basketball starts at 3 p.m. 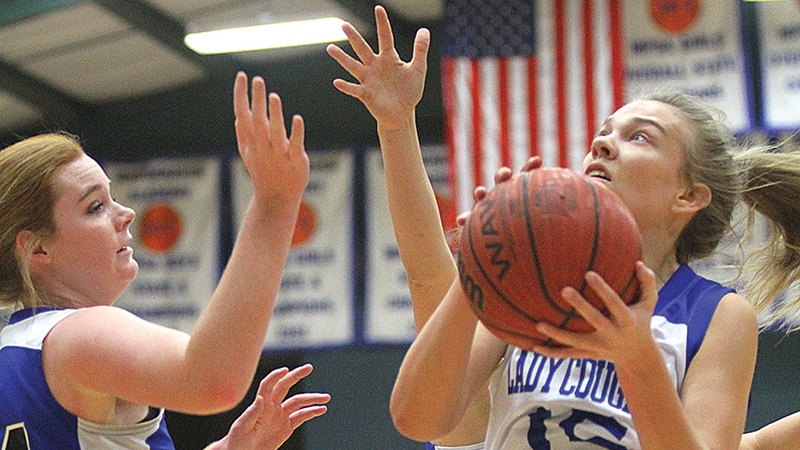 Sissy Byrd goes up for a contested shot in recent action.