They were wearing early morning on their faces and hiking shoes on their feet, that warm July morning in 2005.

The snapshot I took before Troop 122 piled into vans filled with sleeping bags and Cheetos is revealing. The young men, all 18 of them, look resigned. The nine accompanying dads look ready. Perhaps the older guys had a better inkling of what an unforgettable week their week on the Appalachian Trail would be.

I remember getting dew on my own non-hiking flip flops as Anna Davey and I stood at the edge of that church parking lot, discussing good summer reads. Who would guess the motley crew we watched drive away included three future engineers, an accountant, a doctor, a couple of businessmen, a banker, and a professor? We were just thankful they were in the hands of a leader whose rallying cry — “we’re raising men, not boys” — was more than mere words.

That’s the picture, mingled with more than a decade of merit badges and Monday night meetings, that used to come to my mind as I thought of Boy Scouts. That, and an odometer. You log a lot of miles transporting three sons to Eagle.

But the picture of Scouting changed for me in 2013, the year the Boy Scouts of America (BSA) lost its true north and began a steady descent toward political correctness. The man holding the compass at that time — the man whose diplomacy skills led the century-old organization to welcome homosexuals into its membership — was none other than secretary of state nominee Rex Tillerson.

An Eagle Scout and longtime Scouting supporter, Tillerson told reporters the 2013 decision was about “the need to accept societal change even while honoring cherished traditions.”  It came as a shock to those who had championed the BSA’s efforts to maintain its right to exclusive membership, a fight the group took all the way to the Supreme Court in 2000 and won.

Because of the pro-gay stance, families pulled out of my sons’ Brookhaven troop. A friend’s Jackson troop disbanded, and the church sponsoring my nephew’s troop in Arizona withdrew its support.

The 2013 concession, as predicted by many, led to another. Tillerson handed the reins of the BSA over to former Secretary of Defense Robert Gates, who had overseen the dismantling of the “don’t ask, don’t tell” policy in the military. Gates was apparently ready to orchestrate the next historical shift for Scouts — allowing openly homosexual leaders. That happened in 2015.

The Boston Globe recently reviewed Tillerson’s part in the original policy shift and praised his “gift of pragmatism.” Peter LaBarbera of Americans for Truth About Homosexuality deemed it something else: “You cannot be a wholesome organization and promote the acceptance of sexual perversion at the same time.”

Tillerson, who remains on the national executive board of the Scouts, is set to become the nation’s chief diplomat this week. The fallout from his “pragmatic” leadership in the Scouting inner circle continues, however. On Monday, the BSA announced that transgender girls may participate in its programs.

Spokeswoman Effie Delimarkos said the group’s practice of determining eligibility by birth certificate was no longer sufficient amid a wide variation in state laws that interpret gender identity differently.

“Starting today, we will accept and register youth in the Cub and Boy Scout programs based on the gender identity indicated on the application,” Delimarkos said.

What of that rallying cry — “we’re raising men, not boys” — now? All-inclusive, all-tolerant means the Scout Oath and Scout Law have become mere words, too, especially the morally straight part.

True north will never be found in the political realm, but conservatives eager for Rex Tillerson’s confirmation as secretary of state should feel a nagging twinge of concern as they prepare to celebrate. The direction his compass-less lead took the Scouts is hard to ignore.

Wesson resident Kim Henderson is a freelance writer. Contact her at kimhenderson319@gmail.com. 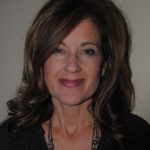 Editor’s note: The city has about 5,000 customer accounts, but actually serves about 12,500 people from the water supply, based... read more