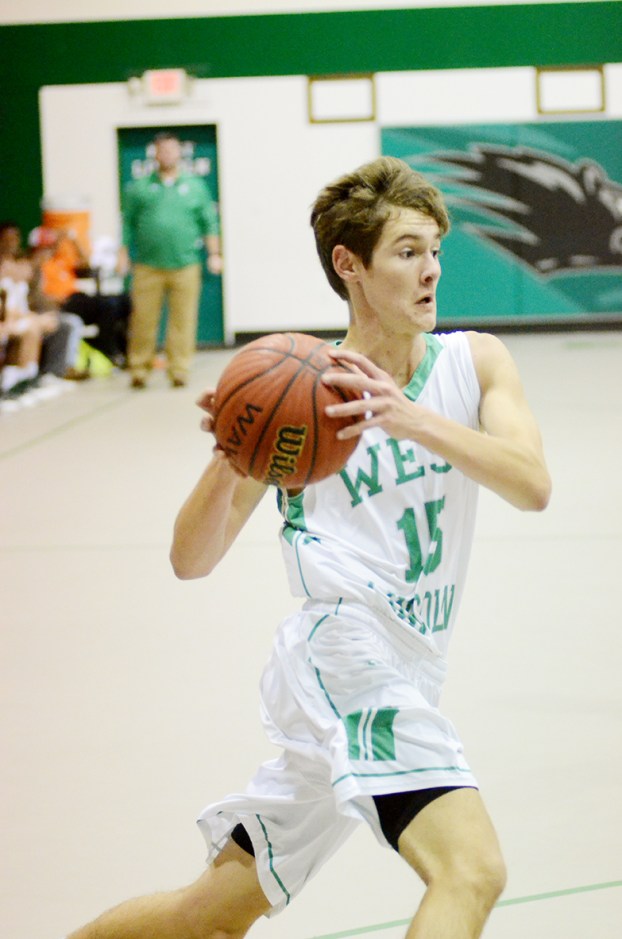 Photo by Dylan Rubino/ Adam Martinez (15) drives to the hole in a game earlier this season.

The Bears took control from start to finish and won 59-36. In an exciting game, the Amite County Lady Trojans picked up their first district win, as they defeated the West Lincoln Lady Bears 52-49.

In a defensive first quarter, West Lincoln was able to increase their lead to take a 15-9 advantage into the second period. Amite County opened the second period by coming within four points. The Bears built their lead thanks to solid rebounding and took a 33-17 lead into halftime.

“Thought we did a good job controlling the tempo,” West Lincoln head coach Lane Young said. “We rebounded real well. Made shots that got us out in front and made Amite County play catch up.”

The girls played an intense contest that saw numerous ties and lead changes in the first period as neither team could establish momentum. The quarter ended with the Lady Bears taking a 16-14 lead into the second period. West Lincoln once again came out on top, and headed into halftime leading 32-30.

West Lincoln took a three-point lead before the Lady Trojans would soon take the lead away. The game went into the final quarter of play tied at 40.

The theme of lead exchanges continued throughout the rest of the fourth quarter. The Lady Trojans took over the lead with 1:15 left to play. In the end, Amite County held out against the Lady Bears to win by a final score of 52-49.

The Lady Trojans were led by senior guard Fredreka Smith with 30 points on the night.