Lawmakers continue to argue the merits of House Bill 480, an out-of-state sellers use tax bill which would collect sales tax on purchases made over the internet.

Rep. Trey Lamar, R-Senatobia, who introduced the bill, said there is already a law requiring this tax that is not being enforced and this bill aims to fix that.

Supporters of the bill say this would provide the state with the funding needed to repair Mississippi’s poor infrastructure. Opponents of the bill do not support collecting more taxes from the people of the state. Although the bill passed originally by a vote of 79-38, it is now being held on a motion to reconsider.

“Rep. Lamar explains it well,” Mangold said. “It is already a law and this just helps in the process of collecting what is already owed.”

Mangold wants to see the money collected be used toward infrastructure.

“The biggest thing 480 does is earmark the money to go to help in the effort of fixing the roads and bridges,” he said. “It wouldn’t amount to enough to fix everything but it would be a good start.”

The legislator believes those who make purchases online shouldn’t be exempt from paying taxes. “I’m not for raising taxes on anyone, but if you bought something here in our local stores you would have to pay taxes on it,” he said. “Also, this only applies to the people who shop online but those who don’t shop online will still get the benefits of having the roads and bridges fixed.”

Currie said she doesn’t support HB 480. “The problem is that the Mississippi Department of Revenue cannot possibly audit for the collection of this tax, so this bill goes from a voluntary tax to a enforced tax which makes it a new tax,” she said. “If it is not a new tax we shouldn’t have had to have legislation.”

She said brick-and-mortar stores have adapted to the competition.

“It is also being said that local small businesses cannot compete with internet stores and this law is an attempt to level the playing field,” she said.

“We all know that it is cheaper to walk in a store to support local business and not pay shipping. But many of those small local stores have adapted their business and also sell online.”

Currie said the loss of sales taxes through internet sales does not affect the state’s ability to provide basic functions of government such as infrastructure and education.

“If this is true, then why have our total state revenues steadily increased even as internet sales have also continually increased?” she asked.

“The more money people have in their pockets, the more they have to invest in the economy. Do not forget that businesses do not pay sales taxes, they collect them from you the customer and remit them to the state.”

Currie believes some of the answers lie in how the Mississippi Department of Transportation is spending taxpayer dollars.

“I know that we need to have money for roads and bridges but I have asked for an audit of MDOT as have several legislators to see where the huge amount of money goes every year,” she said.

“As of today, I still haven’t seen an audit. Until we know where our tax dollars are going should we charge more?” 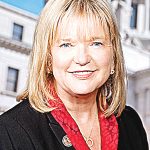 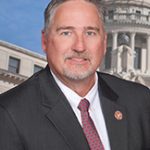 One of the members of the Lincoln County Board of Supervisors said people in his district aren’t as thrilled as... read more