I’ve heard tall tales of monster tornadoes that lifted a man’s house up around him and set it down all nice and neat on a barn across the street, or of blades of grass shot into plywood like nails from a pneumatic gun.

Tornadoes, the ol’ timers say, are discriminating — tearing up one home in a neighborhood or taking out a whole trailer park a few streets away.

They can pluck up a few trees or decimate a whole town like God playing kickball.

I grew up near Pascagoula and made more than a few runs with my grandmother to the A&P to stock up on potted meat, light bread and Shastas as soon as a hurricane hovered anywhere near the Gulf of Mexico.

We knew the drill. Grab the essentials, fill up the gas tank, dig out all the batteries from whatever drawers they’d been stashed and wait.

They saunter in, swirling and huffing and puffing like the wolf going after all three pigs.

Katrina’s dance destroyed a coastline, but at least we knew she was coming to the ball.

Tornadoes drop out of the sky with little to no warning and on a good day, all you get are some limbs and your neighbor’s trampoline in your backyard.

On a bad day, like the one Hattiesburg and Petal saw last month that peeled the paint off Forrest and Lamar counties, people can die quicker than you can pull a mattress off a bed and hunker down in a hallway.

The closest I’ve ever been to seeing a tornado was watching the cow fly across the road in “Twister” over 20 years ago.

I walked along the rubble that once was Waveland two days after Katrina and talked to a man whose mother washed out into the Gulf from her daughter’s house. He’d sent her there in Biloxi to keep her safe.

Tornadoes or hurricanes? I’ll take neither.

Managing editor Donna Campbell can be reached at donna.campbell@dailyleader.com or 601-265-5304. 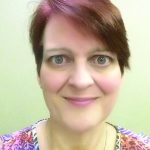 Thankful I get to be Dad to 5 great children

I love to tell stories about my children. For almost 23 years now they have been the topic of conversation... read more