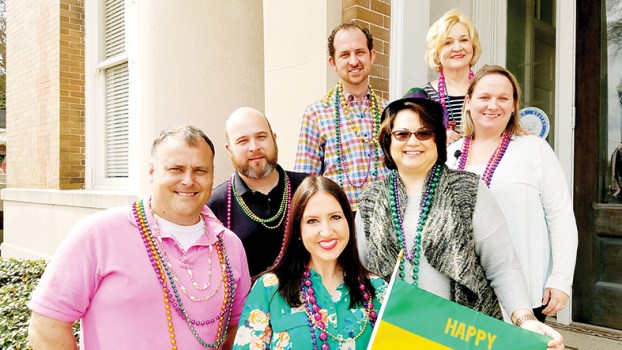 The creative economy committee, which is under the Brookhaven Tourism Council, plans to “Laissez les bons temps rouler” from 4 to 9 p.m. Feb. 25. That’s “Let the good times roll” for those who don’t speak Cajun.

The committee is planning its first “Downtown Jazzed Up” event which will bring that New Orleans Mardi Gras feel to historic downtown Brookhaven, said Katie Nations, who is one of the organizers on the committee.

It’s a family-friendly event to show off the recent renovations in the downtown area, she said, and will include live jazz, extended retail hours, private and public tours and restaurant specials.

The public tours are open to anyone and include:

Nations said volunteers will be on hand to answer questions at each stop of either tour. The private tours are available for individuals who want to see parts of downtown Brookhaven the public doesn’t usually get to see.

“Any of these other places you can walk to any time of the day,” she said.

Tickets from the sale of the armbands will be used for the committee’s future projects. “It all goes right back into the betterment of Brookhaven,” Nations said.

The Co-Lin Jazz Band from Copiah-Lincoln Community College will perform at 6:30 p.m. on the front lawn of the Mary Jane Lampton Auditorium on South Jackson Street.

The Bayou Connection Brass Band will lead a “second line” parade along Cherokee Street at 7 p.m.

And that’s what organizers are hoping happens.

“We’re encouraging everyone to join in,” Nations said. “Dress festive, come downtown and have a good time.”

All children must be accompanied by an adult over the age of 21.

To purchase tickets for private tours and for more information call 601-833-1411.