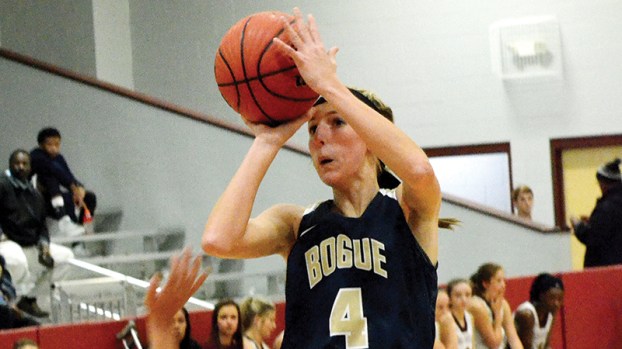 Thanks to scoring contributions from the entire roster, the Bogue Chitto Lady Cats dominated Mount Olive Tuesday night in a convincing 49-10 win.

“It was a great win for us,” Bogue Chitto head coach Christi Terrell said. “Offensively, we moved the ball around and got some easy buckets.”

The Lady Cats made a statement early by shutting out Mount Olive in the first quarter. The result was a 22-0 lead at the end of the first. The Lady Pirates finally got on the board to start the second quarter, but there was no help after that. The Lady Cats out-scored Mount Olive 11-2, and took a 33-2 lead going into halftime.

The offense slowed down for Bogue Chitto, only scoring eight points, but the defense held Mount Olive to one point in the quarter. The Lady Cats would finish the ballgame strong and defeated the Lady Pirates by a score of 49-10. The Lady Cats will face the Mississippi School of the Deaf at 7 p.m. Friday night at Bogue Chitto.

Bogue Chitto put in great effort Tuesday night against Mount Olive, but fell short as Mount Olive took control in the fourth quarter and won by a score of 48-44.

“We struggled in the first half, but came out aggressively in the second half. It just was not enough,” Bogue Chitto head coach Mark Pitts said. “This was a tough loss for us.”

Both the Pirates and Bobcats struggled shooting in the first quarter. In the second quarter, the Pirates caught fire offensively after the Bogue Chitto offense kept on stalling. The Pirates went into the locker room with a 22-12 lead over Bogue Chitto.

With the game on the line, the Bobcats would score 17 points in the third quarter and 15 points in the fourth quarter, but the deficit was too much to overcome.

Pendleton’s game-winner highlights day one of 7-2A tournament

Loyd Star High School saw plenty of action Tuesday night, as it hosted round one of District 7-2A district tournament.... read more