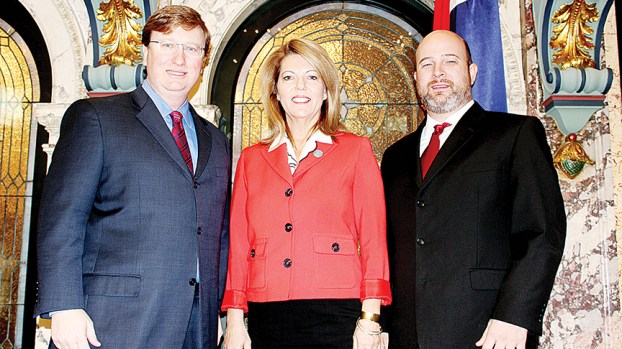 “The $4.8 million cut is in line with cuts across the board to all agencies in light of lagging revenues that the state is experiencing,” said Sen. Sally Doty, R-Brookhaven. “My hope is that this amount can be reduced as this bill moves further along in the process and we receive an updated revenue forecast later in the session.”

Doty said the bill targets employee reductions — positions that have been vacant for six months. “So hopefully neither the Mississippi Adolescent Center or the Boswell Regional Center will have any significant impact,” she said.

The Mississippi Adolescent Center in Brookhaven is a facility charged with the care and treatment of individuals with intellectual and developmental disabilities.

Boswell Regional Center is one of five regional facilities in the state established to treat those with intellectual and developmental disabilities. While the center’s main facility is located in Magee, other facilities are in Brookhaven and Wesson as well as Hazlehurst and Mendenhall.

“I have personally visited the majority of our state mental health facilities including Whitfield (Mississippi State Hospital at Whitfield), North Mississippi Regional (Center), East Mississippi (State Hospital), Ellisville State School, Boswell, and the Mississippi Adolescent Center here in Brookhaven,” she said. “I have seen first hand the struggles that our mental health providers and direct care workers endure daily to provide quality care to these most vulnerable patients and want nothing more than to provide the support and care needed for these individuals.”

Overall, the reduction could lead to a total budget loss of $45 million, with general funds, special funds and the governor’s ordered budget cuts included, according to media reports.

“The $45 million is a speculation of federal dollars that might be allocated to Mississippi through Medicaid or other matching funding,” Doty said.

Senate Appropriations Chairman Buck Clarke, R-Hollandale, said most agencies will see a budget reduction for the next state budget fiscal year, which begins July 1, due to lagging revenue.

Clarke said the budget recommendations were made by the Legislative Budget Office in November and December.

He said majority of the reductions in agencies’ budgets will be due to defunding vacant positions that have gone unfilled for 180 days. About 2,000 vacant positions will be eliminated. Travel expenses will also be cut and a moratorium will be placed on new vehicles purchases for most state agencies.

Sen. Angela Burks Hill, R-Picayune, presented SB 2976 and said the recommendation would lead to a 7 percent reduction in the department’s overall budget.

Hill spoke on the Senate floor Monday in favor of the bill to give the governor authority over the Department of Mental Health. Hill said the proposed reduction seems like a lot, but it equates to about the same increases the state has given the department over the last five years.

Representatives from the National Alliance of Mental Illness who were in Brookhaven Wednesday for a meeting with the local chapter expressed their concern with potential cuts to mental health programs. Brett Mayfield, president of NAMI in Jackson, encouraged voters to reach out to the state legislators.

“Ultimately, the decision comes down to the senators and  representatives, so I think the best thing for us to do is to call and email,” he said. “Calls are often more effective than emails, but emails get there quicker. Our elected officials will check their email during the session and I have several senators who have responded and ask me why I disagree with this. I have been impressed and pleased with their willingness to engage.”

Tameka Tobias, executive director for NAMI of Jackson, said lawmakers are supportive of their constituents’ concerns. “They want to hear from you, but they just don’t know,” she said. “We can’t assume that just because they’re in these positions they know what’s going on because they really don’t. It’s up to us to use our voices to educate them as to why we need these services and we don’t need budget cuts, especially with the Department of Justice coming in and saying that we have too many people that’s institutionalized. We can’t be productive and help people out if we don’t have the funding to do so.”

The budget-writing deadline is in late March, and the new year begins July 1.

Word of God is magic: man uses slight of hand to share gospel

Magic can get us into places we normally couldn’t go. Just ask Mike Cooper.  The 62-year-old illusionist has been performing... read more