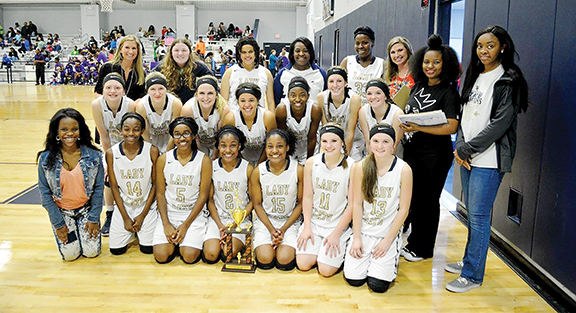 The Bogue Chitto Lady Cats easily defeated French Camp 58-27 in the opening round of the 1A state playoffs Monday night. With the victory, the Lady Cats will advance to play the winner of Piney Woods and West Lowndes Friday night.

“The girls played extremely hard tonight. I am proud of the girls for their hustle and determination,” Bogue Chitto head coach Christi Terrell said.

The Lady Cats turned several turnovers into easy buckets to start the game on a 10-0 run. The defense allowed only four points in the first quarter and Bogue Chitto took an 18-4 lead at the end of the first. French Camp tried to come back, scoring 11 points in the second, but they trailed the Lady Cats 38-15 at halftime.

The Lady Cats added to their commanding lead in the third quarter, taking a 49-22 advantage heading into the final period. With victory all but certain, Terrell cleared the bench and the Lady Cats cruised to the 58-27 playoff win.

Other playoff scores from Monday night: