The executive director of the state GOP stopped in Brookhaven Thursday night looking to recruit candidates to run for municipal seats in the upcoming city election.

What he found made him happy.

“For months, the MSGOP has been planning and now is actively reaching out to Republicans across the state and others who may want to run as a Republican for municipal office,” Spencer Ritchie said. “We are doing this through traveling all over the state from Jackson County to Lee County and many places in between, and by speaking to large groups, small groups and one on one with some potential candidates and current office holders.”

Ritchie said municipal elections are many times overlooked because of the short time frame in which the process begins and ends. “So anyone who wants to run for office or knows someone who wants to should act fast,” he said. “This traveling around the state is the best way to raise awareness and there is no substitute for personal contact.”

Ritchie said the GOP decided to come to Brookhaven because of the the city’s potential. “We have a lot of passionate Republicans here and that’s one of the reasons we came,” he said.

Ritchie and other members of the party will be intensely recruiting right up until the deadline for qualifying on March 3. “After that, it will depend on the dynamics of various races and what resources we have at our disposal, but we absolutely plan to help our local officials as much as we can.

“We appreciate all of the help and support we’ve been getting. When the time comes, we not only want to help recruit Republican candidates, we want to help them get elected.”

Winning municipal elections is the first step toward the state GOP’s goal of national representation. “Municipal offices are a very manageable way to get into politics in a direct way that makes a tremendous difference,” he said. “We want to have dedicated Republicans who can start out at the local level and carry the knowledge and leadership skills they acquire to the state or national level.”

The state GOP is feeling more than grand these days, he said.

“I think we’re quite possibly in the best position we’ve ever been in,” he said. “I’m proud that the party has stayed unified through years of uncertain times. You can’t grow as a party if you’re not unified.”

“Any time there is a transition of power in any capacity, it’s going to take time to get adjusted to everything, but he’s got a very capable team around him and I have a lot of confidence in what they’re doing,” he said. “Mississippi is fortunate to have a governor with such a close relationship with our president, and I think Republicans statewide are excited to have the national party in control of the White House again as well as in the Senate and the House. 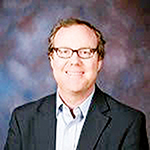 ‘God gave me this, and I ran with it’

Prom season is fast approaching and for many high school girls that means the search is on for that perfect... read more