Bad hair day may have led to arrest

An Illinois fugitive is awaiting extradition after he allegedly tried to steal hair styling equipment in Brookhaven.

When officers checked Colberg’s identification through the National Crime Information Center, he was flagged by the system as a fugitive out of Illinois. Earls did not know how long Colberg had been wanted or for what charge.

With Walmart’s assistance, officers located a red Chevy Aevo in the parking lot that Colberg was driving. Another NCIC check revealed the car was stolen.

A passenger in the car was listed on NCIC as a missing juvenile from Illinois, Earls said.

The car was impounded and Colberg was taken into custody.

He was charged with shoplifting by Brookhaven Police Department.

The juvenile is in the care of the Lincoln County Department of Human Services’ Child Protection Services, he said.

Illinois is sending someone to Lincoln County to pick him up, but Earls did not know when.

Colberg and the juvenile are believed to have been passing through Lincoln County on their way to Florida and stopped in Brookhaven because they were running low on fuel, Earls said. 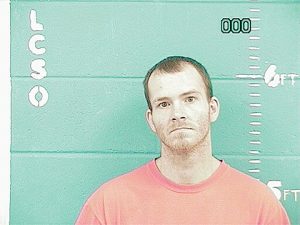 Board postponing action on recordings

The Lincoln County School Board is waiting to decide what action should be taken concerning the recorded conversations posted on... read more