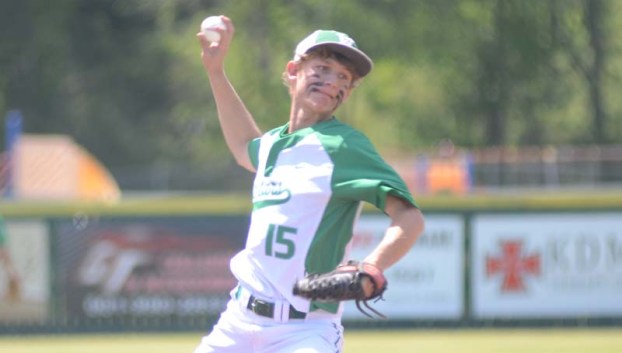 West Lincoln baseball off to 3-0 start

With the young season just under two weeks old, there’s promise for West Lincoln, as the Bears have impressed early, starting the season 3-0 with the Lincoln County tournament coming up today.

The offense has been the spark for West Lincoln this season. The Bears have scored 43 runs total in their first three games this season, playing against South Pike, Natchez and McComb.

The offense shined bright in their 19-9 win over McComb Tuesday afternoon. Trailing 9-2 heading to the bottom of the fifth inning, the Bears woke up from their slump at the plate and exploded for 14 runs in the bottom of the inning. Down 9-7 in the inning, junior Gabe Nations came up with an three-RBI double to take their first lead of the game at 10-9. The offense would add four more runs in the inning and three more in the sixth to take the dominant 19-9 victory.

“A 14-run inning is a great answer after not playing well for the first part of the game,” West Lincoln head coach David Gilbert said. “It was not how I wanted to win, but nonetheless, I will take the victory.”

Senior Nathanael Addison was the winning pitcher for West Lincoln. He tossed three innings, giving up four runs and six hits while striking out one and not allowing a walk.

The offense has put up eye-popping numbers throughout the first three games. The Bears are batting a gaudy .476 average so far with a .673 on base percentage to add on as well.

Leading the way for West Lincoln has been Gabe Nations. Through three games, Nations has been ripping it at the plate, batting .873 so far with six hits in seven at bats with four RBI.

Nathanael Addison has been playing well also for West Lincoln, batting .600 so far and leading the team with 11 runs scored.

The Bears have also been very aggressive on the base paths, racking up 21 stolen bases to lead an opportunistic offense.

Bivens has been the leading pitcher for the West Lincoln staff so far. In his start against South Pike to open the season, the senior tossed five innings, giving up one run on five hits with 11 strikeouts. The pitching combination of Bivens and Spears has been critical to the team’s success so far and if they continue to pitch well, the offense won’t need to score as many runs to win every game.

West Lincoln will kick off their play in the Lincoln County tournament tonight as they host Brookhaven with first pitch set for 7:30 p.m.

JACKSON —  Bogue Chitto senior guard Terrah Nelson was the first player to walk out of the locker room... read more