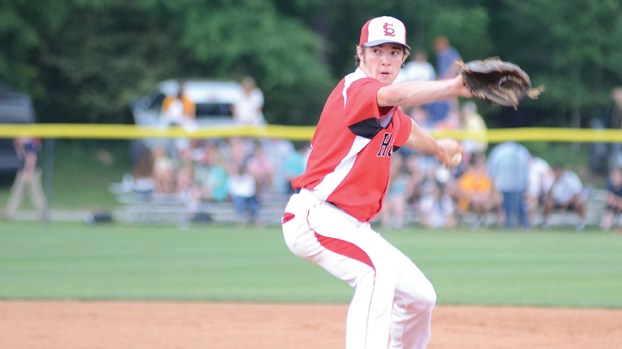 With one out, sophomore Landon Gartman ripped an RBI double and scored the first two runs of the game for Enterprise, giving them a 2-0 lead.

Gartman continued to lead the offense in the third inning, blasting a two-run homer. Senior Jeffery Daniels followed up with a double and would later score on a throwing error by Natchez. The Jackets scored once more, before Natchez was able to get out of the inning. Enterprise took a 6-0 lead at the end of the third.

Natchez scored their only run of the game on a throwing error to third base by Enterprise in the bottom of the fourth.

Things got worse for Natchez from there. Junior Tanner Waldrop led off the bottom of the fourth with a double and freshman Colby Beard followed with an RBI single to bring Waldrop home. With two outs and runners on the corners, the Jackets would again score on a wild pitch. Enterprise would add on six more runs in the inning and took home the 13-1 win in four innings.

Austin Fugler picked up the win for the Jackets, while Devin Winchester took the loss for Natchez. The win moves Enterprise to 4-2 overall.

With two outs in the top of the fifth, junior Trey Nettles hit a double towards right field and later scored Bogue Chitto’s only run on a throwing error by West Lincoln.

In the bottom of the fifth, Nations hit an RBI single to take a 9-1 lead. West Lincoln would load the bases and score once more before Bogue Chitto got out of the inning.

In the bottom of the sixth, Burris hit a leadoff homer for the final run of the game. West Lincoln blasted Bogue Chitto by a final score of 11-1.

Daniel Spears picked up the win for West Lincoln. Nettles took the lose for Bogue Chitto

In the bottom of the second, Loyd Star scored its first run of the game on a poor pick-off throw to third base by Natchez. With two outs in the inning, Loyd Star loaded the bases and junior Cade Hodges hit a RBI single for the Hornets’ second run of the inning.

Natchez scored its only run in the top of the fourth. With no outs and the bases loaded in the bottom of the fourth, Hodges drew a walk, which brought one run in. Senior Konner Allen brought in two runs by hitting into a fielders choice. The Hornets would score two more runs off the bats of seniors Parker Flowers and Bradyn Brister, before Natchez could record the final out.

In the bottom of the fifth, Hodges hit a three-run inside the park home run. Allen followed with an RBI single for the final run of the game.

Loyd Star’s Flowers picked up the win. Natchez’s Paul Hargrave took the setback on the rubber.

Loyd Star will be in action tonight as they host Bassfield in district play. The game is set to start at 6:30 p.m.

Enterprise will be in action tonight as they host Amite County in district play. The game is scheduled for a 6:30 p.m. start time.

Bogue Chitto will also be in action tonight as they travel to Brookhaven to take on the Panthers. The game is slated for 7 p.m. West Lincoln will host Prentiss tonight in district action. Start time is 4:30 p.m.

The Brookhaven Academy Cougars were looking to win back-to-back games and knock off the Prentiss Christian Saints for the second... read more