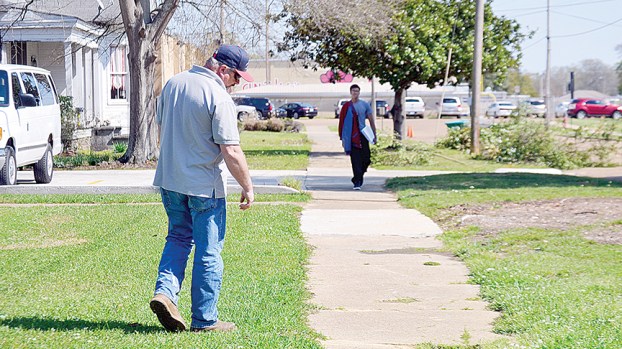 A facelift on sidewalks in high foot-traffic areas will continue after the Brookhaven Board of Aldermen gave Public Works Director Keith Lewis the green light to get two more fixed.

Lewis made requests for sidewalk improvements at the corner of East Court and Second streets, going about a half a block in each direction. A wheelchair ramp will also be added at the corner, he said.

A smaller section of East Minnesota Street will also be repaved.

The sidewalks in those areas are cracked and uneven and are a danger to pedestrians who use them, he said.

Lewis met with representatives of Southern States Construction of Brandon Monday and got a quote of $11,650 for the two projects. He also received a quote from Jackson Construction, who would do the work of $12,300.

That prompted Lewis to get quotes from them and Jackson to complete the other two sidewalk jobs.

He recommended Southern States, who was the low bidder.

“Since they’re here in Brookhaven, before they leave, I’d like for them to start on those two jobs,” he said.

The board unanimously approved the work.

Southerns States began the Turner Street project in mid-February and has nearly completed it.

They are installing a sidewalk along Turner Street from Rogers Street to Minerva Street.

Aldermen voted in October to advertise for bids for contractors to install a sidewalk after two teenage students were hit by a car while walking to school. The students were not seriously injured, but aldermen decided sidewalks were a safer alternative than walking in the street.

There is a drainage ditch and a fence on the north side of Turner Street and a high bank on the south side.

Payment for the projects will come out of the general fund.

Family Dollar plans to build on Hwy. 51 in Wesson

The old vacant building next to the Wesson Police Department will be razed to make room for a Family Dollar... read more