A Lincoln County man who pleaded guilty to unnatural intercourse with a farm animal was recently sentenced to serve three years with the Mississippi Department of Corrections.

Taylor was arrested Oct. 5 on charges of felony cruelty to animals/unnatural intercourse to a horse by officers with the Brookhaven Police Department. Taylor is currently in the Lincoln County jail awaiting transfer.

His tentative release date is February 2020.

Strong is expected to hear a plea Monday by Timothy R. Wilson, who was charged in October 2016 with the sale of at least 2 but less than 10 grams of methamphetamine.

Arraignments are expected to be heard in Strong’s court the week of April 11 for the following:

• Deidra Hill, charged with exploitation of a vulnerable adult.

An omnibus hearing, a pretrial hearing to determine evidence including testimony and evidence seized at the time of arrest, is set for the week of April 11 for the following:

• Constance Adams-Allen, charged with drug trafficking of methamphetamine (enhanced by possession of a firearm) and possession of less than 30 grams of marijuana.

• Tracy A. Billiot, manufacture of at least 30 but less than 1 kilogram of marijuana. 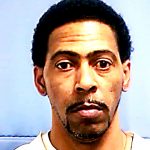 Brookhaven native to bring the word

When you’re raised in the church, it’s not hard to get to know God. De’Anna Caston was raised in Brookhaven... read more