Two Lawrence County men have been sentenced to life in prison after each pleaded guilty to capital murder and attempted capital murder following a 2014 armed robbery at Duncan’s Corner convenience store.

Peyton was sentenced by Lawrence County Circuit Court Judge Prentiss G. Harrell to life in prison without the possibility of early release for the capital murder and to 20 years in prison for the attempted capital murder.

Peyton, who had pleaded guilty earlier, was set to testify in Watts’ trial Wednesday, said Lawrence County Sheriff Lessie Butler. The two men are related, he said, and both families were in the courtroom.

During a commission of an armed robbery at Duncan’s Corner in October 2014, Patil was shot and killed and Sandifer suffered a non-fatal gunshot wound.

Butler said Patil’s murder was a shock to the community. “The man they shot one was one they could have asked for anything and he would have given it,” he said. “That’s the kind of fellow he was. Why they would come to the point and do that is beyond comprehension. Even the family doesn’t know.”

The sheriff said Watts gave an emotional apology to Patil’s family in the courtroom. “I hate to see a young man make a split decision that can create a lifetime of grief,” Butler said. “There’s consequences behind all our actions and now they have to pay for it.”

The case was investigated by the Lawrence County Sheriff’s Department and prosecuted by assistant DA Kim Harlin and Lauren Harless.

“This is one of the most shocking and horrific crimes we have prosecuted in Lawrence County,” Kittrell said. “This senseless crime has resulted in tragedy for all parties involved. We hope that by both men accepting responsibility for their actions, this close-knit community can begin to heal.” 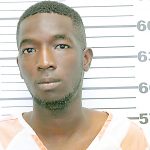 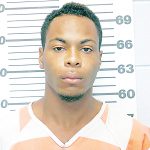 Two Lawrence County men have been sentenced to life in prison after each pleaded guilty to capital murder and attempted... read more