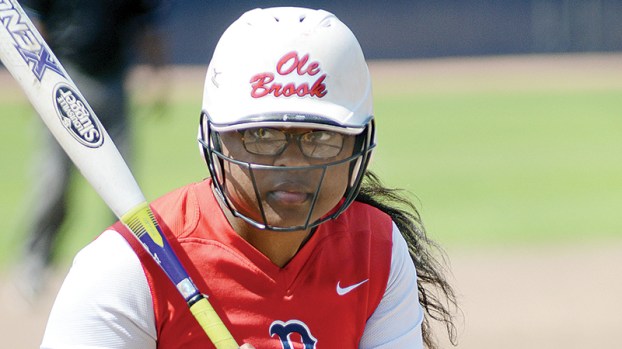 File photo/Lady Panthers outfielder Jada Henderson brought in two runs against Magee, one with a sacrifice fly and one with an RBI single. Henderson is a senior.

Brookhaven and Loyd Star both went 2-0 in the Lady Panther softball tournament that wrapped up Saturday. Enterprise dropped two games in the tournament — one of those to Lawrence County.

Macy Ziskin hit a RBI single for the first run of the game in the bottom of the opening inning. Madi Miller brought in the final run of the inning on a sacrifice fly to give Brookhaven the 2-0 lead.

In the top of the third, Magee had runners on the corners when Tykeria Bouldin hit a sacrifice fly, bringing in the Lady Trojans’ first run of the game.

Brookhaven’s Jada Henderson brought in a run with a sacrifice fly and Madison Thompson hit an RBI single to make the score 4-1 at the end of the third.

In the bottom of the fourth, Miller and Henderson each hit a RBI single to score the final two runs for the Lady Panthers. In the top of the fifth, Magee would add on another run, but couldn’t make up the deficit as Brookhaven took home the 6-2 win.

Jadeyn Fuller picked up the win for the Lady Panthers, throwing five innings and giving up one earned run on one hit, two walks and striking out two. Jada Henderson led the Lady Panthers on the afternoon with two RBIs.

With one out and the bases loaded in the bottom of the third, Johnna Norman was hit by a pitch, bringing in the Lady Hornets’ first run of the game to make it 1-0. Marley Poole and Carlie Beth Wallace each hit a RBI single and Shelby Smith followed up with a walk, bringing in another run to make it 4-0 Loyd Star. The Lady Hornets weren’t done.

Lydia Britt reached on a fielders choice, with a run coming in on a dropped ball at home plate. Floyd brought in the last two runs of the inning on an RBI single to cap off a strong third to make it 7-0.

The Lady Hornets added on three more runs in the bottom of the fourth to pick up the dominant 10-0 win.

Makenzie Smith pitched the shutout for the Lady Hornets in five innings, giving up only one hit and striking out six. Shelby Smith led the offense for Loyd Star with three RBIs. Carlie Beth Wallace and Ali Floyd each drove in two runs as well.

“We started hitting the ball well and putting the ball in play,” Loyd Star head coach Jan Delaughter said. “Makenzie did a good job pitching and had good defense.”

In the bottom of the first, Josey Nations of Lawrence County led off with a single, and eventually stole her way to third base. Tyranesha Davis hit a RBI single bringing in the Lady Cougars’ first run of the game.

The Lady Jackets scored their only run in the top of the fourth. The Lady Cougars scored two runs in the fourth and fifth to beat Enterprise 5-1. 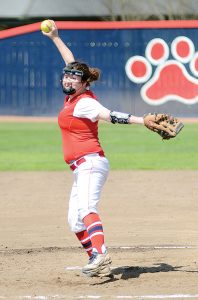 When the Lincoln County Board of Supervisors met Monday, they were given a solution instead of a problem. Insurance agent... read more