Funeral services for Victor Ardell “Vic” Tobias, of Bogue Chitto, are Saturday, March 25, 2017, at 11 a.m. at Chisholm A.M.E. Church in Summit with burial at the church cemetery. Pastor Carlton Galmon will officiate the service. Peoples Undertaking Company in McComb is in charge of arrangements.

Mr. Tobias, 48, died Monday, March 20, 2017, at Southwest Regional Medical Center in McComb. He was born March 30, 1968, in Lincoln County to Ida Faye and John Tobias. He was a former truck driver for MS Carriers in Memphis, Tennessee, and a paper carrier for The Daily Leader for 10 years. He attended Chisholm A.M.E. Church at an early age up until his death. His favorite pastime was hunting and training dogs. He loved the outdoors. 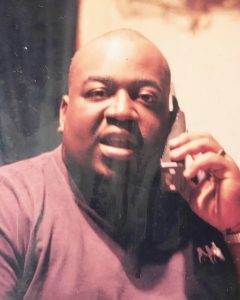