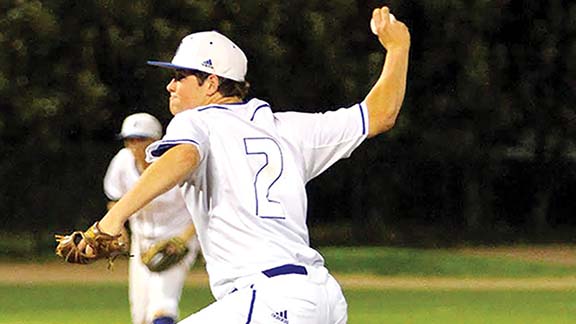 BA Cougars fall on the road to Simpson

Simpson jumped out to a 2-0 lead in the third inning only to be answered by the Cougars with three runs in the top of the fourth behind a two-out single from Nick Ogden, an RBI single from Fisher Warren and a two-run home run from O’Neill Burgos. Simpson tied the game in the bottom of the fifth and picked up the win with a walk-off single by Andrew Kennedy to score Sam McWilliams in the seventh.

Dawson Flowers went the distance on the mound for the Cougars, striking out four Simpson batters in his evening of work.

“Dawson (Flowers) had a great outing for us tonight. He did more than enough to get a win,” BA head coach Tyler Parvin said. “Simpson just got some timely hits to edge it out in the end.”

Brookhaven Academy will be back in action Tuesday evening as Natchez Cathedral visits Harold Williams Ballpark.

Brookhaven needed a total of five combined innings to sweep Wingfield, in which they scored 35 total runs. In game... read more