Brookhaven dentist Don Doty recently posted a video review of toothpaste for his patients. He figured a few dozen would watch it.

After 48 hours more than 2 million had viewed it. “I had several patients last week ask me about the Ap-24 toothpaste,” said Doty, referring to the whitening toothpaste in the video. He asked an assistant to go get some for him.

Doty decided to do a quick review — the video is less than two minutes — just before leaving his office for the day. He posted it on his practice’s Facebook page so that his patients could know his thoughts on the product. “I expected maybe 50 people to see it,” Doty said. “I didn’t expect anyone other than my patients to see it.”

His estimation was a little off.

It’s been shared more than 32,000 times. It’s safe to say this doctor has gone viral.

Originally from Kosciusko, Doty earned his Doctorate of Medical Dentistry from the University of Mississippi Medical Center School of Dentistry, and had a practice in Gulfport prior to moving to Brookhaven 21 years ago to open Brookway Dental.

Almost 5,000 comments have been made on Doty’s post. “Most were appreciative,” he said.

He compared the Ap-24 toothpaste against regular Crest in a quick “just to see” type comparison. “I don’t know if it is more abrasive than any of the other [whitening toothpastes],” Doty said, “but it is much more abrasive than regular toothpaste.”Doty’s recommendation to his patients is to use an ADA-approved toothpaste because they can know it’s been tested and safe for use on a daily basis.

This is not Doty’s first video — the Brookway Dental site has another — “and I plan to do many more,” he said.

Doty plans to talk about some of the new things going on in dentistry for the purpose of educating his patients. He’ll likely keep them as informal as the one that went viral, holding his iPhone as he records it himself.

Nothing in his business and dentistry background has made Doty an expert in videos, nor did his more than two decades of experience in the dental field prepare him for the reactions to the Ap-24 video.

“I did not expect toothpaste to be such an emotional issue,” he said. 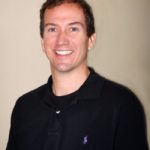 Men’s group out to make a difference

“This is the most active men’s club I’ve ever been a part of,” said retired pastor Glenn Martin, speaking of... read more