Lorenzo Washington was sentenced for the 2007 murder of his aunt.

Jerrard T. Cook was convicted of murder in 2001 for the death of Marvin Terrel Durr.

Both were 17 at the time of their crimes.

In 2012, the U.S. Supreme Court handed down a decision in the case of Miller v. Alabama which held that “mandatory life without parole on those under the age of 18 at the time of their crimes violates the Eighth Amendment’s prohibition on ‘cruel and unusual punishment.’”

Washington took his 81-year-old aunt’s car without permission. When family called the sheriff’s office to report the car missing, their primary concern was that the aunt, Marie Pendilton, was missing as well.

When sheriff’s deputies responded to the call around 11:15 a.m., family and law enforcement found something unexpected – the body of Pendilton, in the edge of the woods in the backyard of her home on Old Saint John’s Road.

She was pronounced dead at the scene. County Coroner Clay McMorris said there were signs of trauma on the body, but an autopsy would have to be performed by the state crime lab before he could say officially what caused her death.

Deputies found the missing vehicle at a nearby abandoned residence. Washington had returned to scene by this time, and was arrested.

Assistant District Attorney Diane Jones presented arguments that Washington had repeatedly struck Pendilton on the head with a hammer, though without premeditation, perhaps 12 hours prior to the discovery of her body.

According to Circuit Clerk Terry Lynn Watkins, when Strong asked Washington if he thought the state could prove its case against him, the teen said he felt they could.

Because he had pleaded guilty, Strong sentenced Washington to life in prison, though he would be eligible for parole at age 65.

Nearly seven years later, Washington’s court-appointed attorney Matt Kitchens petitioned the court to have a psychological examination performed on two of his clients, Washington and Cook.

Cook was arrested in connection with the shooting death of Durr on June 18, 2002. The murder occurred after Cook and Cearic Barnes flagged down Durr’s car with the intent to drive it to McComb to commit a robbery.  After he let the two men out of his car, Durr turned around and was headed home when he was ﬂagged down again by Cook. Cook shot Durr once in the head with a .380 pistol that he’d stolen from his uncle.

“When he pleaded guilty,” said District Attorney Dee Bates of Cook, “he did it to avoid the death penalty potentially.”

Kitchens filed motions to vacate the life without parole sentences of Washington and Cook based on the fact that both were 17 when they committed their crimes. Individuals who committed crimes while under the age of 18 and were subsequently sentenced to life without the possibility of parole prior to the 2012 Supreme Court ruling must undergo psychological evaluations before their sentences can be reevaluated by the courts of Mississippi.

Strong approved Kitchens’ requests for mental evaluations of his clients, and both men were scheduled for the exams in late 2014. Neither case has yet been brought back to the court by Kitchens.

“Hearings are still pending, waiting for the defense to ask for hearings,” said Bates. Until then, these cases remain as they are, and the convicted remain where they are – behind bars serving life sentences.

Bates said he personally felt that the Miller v. Alabama ruling had negatively affected many people across the nation. “This has had repercussions across the country,” he said, “and re-victimizes the families of victims.”

Other cases on the docket set for trial in Strong’s courtroom include:

• Henry Cheramie — first and second degree arson; arraignment set for week of May 4.

• Diedra Hall — exploitation of vulnerable adult; arraignment set for week of May 4.

• Justin Aldridge — failure to support minor children; trial set for week of May 9.

• Helen Jean Mercier — embezzlement; trial set for week of May 9.

Cases on the docket set for trial in Judge Michael Taylor’s courtroom include: 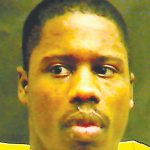 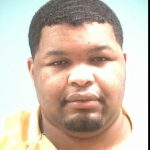 City on the road to next project

A massive paving project that created smoother rides on over 70 of the worst-rated Brookhaven streets was finished on time... read more