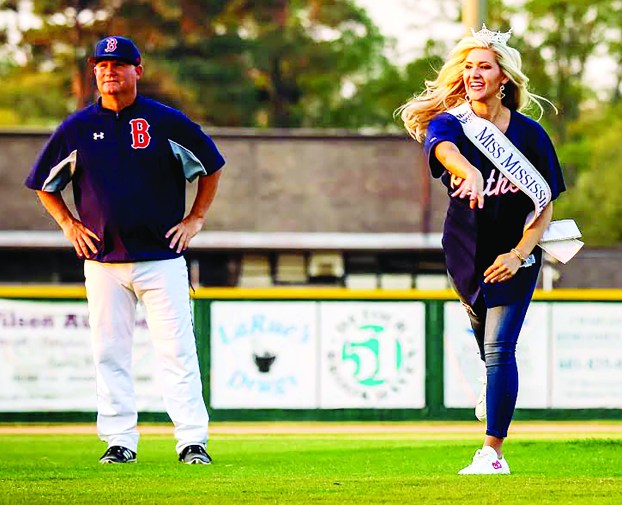 Brookhaven needed a total of five combined innings to sweep Wingfield, in which they scored 35 total runs. In game one, Brookhaven shut out Wingfield 15-0 in three innings and game two was more of the same with Brookhaven again shutting out Wingfield 20-0 in two innings.

With one out in the bottom of the first, senior Penn Wilson got the Panthers on the board with a two-run homer the over right field wall. With two outs and runners on first and second, sophomore Corbin Falvey hit a RBI single to give Brookhaven the 3-0 lead. The Panthers would score two more runs on a throw that got past third base to make in 5-0. Freshman Byrion Robinson followed with an inside the park home run to make the Brookhaven lead 6-0 at the end of the first inning.

With one out in the top of the second, Wilson hit a RBI triple to score junior Clint Stephens from first to make it 7-0. Jacob Porter and Tate Walley each followed with a RBI single to increase the lead to 9-0. With one out and the bases loaded for Brookhaven, Robinson hit a two-run RBI single. The Panthers would once again score on a pitch that sailed past the catcher to take the 13-0 lead after two innings.

The Panthers tacked on two more runs in the bottom of the third to put the game away and took home the first game of the doubleheader 15-0.

Errors and wild pitches would spell doom for Wingfield as the Panthers took advantage in the first inning with an 8-0 lead.

With no outs in the bottom of the second, Robinson hit a two-run RBI single to make it 10-0 Brookhaven.  The Panthers would load the bases with no outs and continued their scoring attack. Johnny Bowman hit a two-run RBI single with the bases loaded. After all was said and done, the Panthers managed to score 12 runs in the second inning, finishing the sweep of Wingfield by a score of 20-0.

Junior Trace Owens picked up the win for the Panthers, pitching two innings, giving up no runs, no hits, no walks and struck out three. Robinson and sophomore Lane Smith led the offensive attack for Brookhaven with three RBIs each.

Former Copiah-Lincoln Community College quarterback Micah Davis is returning to the Wolfpack as a member of the coaching staff. Davis,... read more