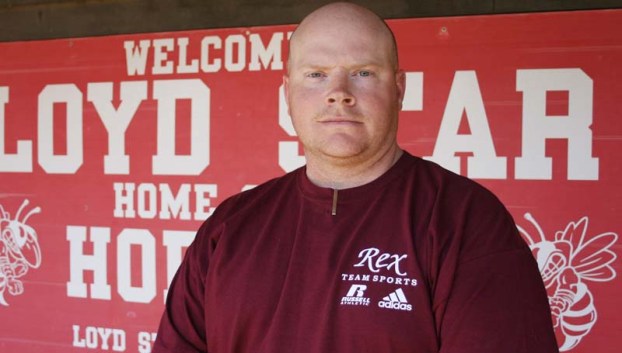 After spending the past three years as the head football coach at Loyd Star High School, Adam Cook is moving on to become the defensive coordinator at Lawrence County.

The Lawrence County School Board approved the hiring of Cook Friday morning. Cook will assume his duties as defensive coordinator at the beginning of the 2017-18 school year.

“This has been a very difficult decision for me to leave Loyd Star, and one that has taken me many months of prayer and careful consideration to finally announce,” Cook told The Daily Leader. “I am so blessed to have been the head football coach for the Hornets over the past three seasons and will look back on my experience at Loyd Star with nothing but joy.”

Cook took the time to thank Loyd Star principal Robin Case, who he said is the best administrator he’s known, former superintendent Terry Brister and current superintendent Mickey Myers for giving him the opportunity to coach at Loyd Star and believing in him.

“To all of the players, students, booster club members, faculty members and the entire community of Loyd Star, I love you all dearly and wish you nothing but the best that life has to offer in the future,” Cook said.

Cook has known Lawrence County head coach Jaymie Palmer for a couple of years and the two have become good friends. The opportunity was something Cook wanted to do and the opportunity came at the right time.

“Coach Palmer and I have been friends in the coaching business for a few years and we have talked on several occasions about the possibility of me joining his staff,” Cook said. “I am excited and blessed to now have the opportunity to be the defensive coordinator at Lawrence County.”

“We’re really excited to have someone with his experience and wealth of knowledge,” Palmer said.  “We’re very fortunate to get someone that has defensive coordinator and head coaching experience on our staff.”

After finishing 13-2 in the 2015 football season, Lawrence County fought through injuries to key players and finished the 2016 campaign 4-8 overall. The addition of Cook on the defensive side of the ball is a move that will hopefully get the Cougars back on track in 2017.

Cook will be making a big transition from a 2A school in Loyd Star to a 4A school in Lawrence County, but his coaching experience should prove to be valuable when football season rolls around.

The Copiah-Lincoln Community College Wolves outlasted the JCJC Bobcats to win 5-4 in a match that lasted over six hours... read more