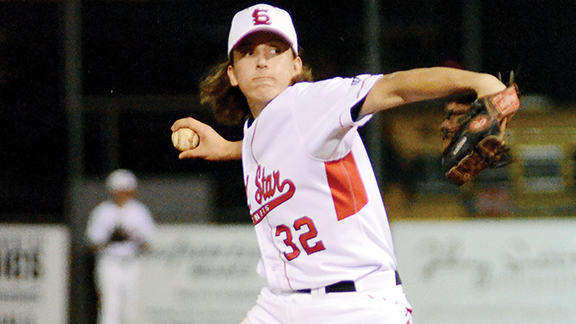 The Loyd Star Hornets dominated once again Tuesday evening and moved to 18-0 on the season with the 16-0 win over district opponent Amite County.

The win keeps the Hornets perfect on the season and moves them in solid position in the district standings at 10-0.

“It’s good to get another district win,” Loyd Star head coach Jared Britt said. “We got great pitching and defense tonight. However, we needed to hit the ball better.”

Loyd Star only had eight hits to show for those 16 runs. Eight players recorded a hit for the Hornets.

Seniors Konner Allen, Bradyn Brister, junior Tucker Watts and sophomore James Beard each had two RBIs on the night. Senior Parker Flowers and sophomore Dane Smith each had one RBI to round out the scoring for Loyd Star.

Freshman Tanner Watts moved to 4-0 on the season as a starting pitcher for Loyd Star, going three innings and giving up no runs on no hits, no walks and struck out six batters. Junior Dylan Smith pitched the final inning and shut out the Trojans in the hit column and the scoreboard.

Sophomore DeAarion Nunnery got the start for Amite County and gave up 16 runs on eight hits, 10 walks and struck out one batter.

Next up for Loyd Star is a road game tonight at St. Andrews Episcopal in Ridgeland. This will be a huge game for the Hornets as St. Andrews enters the matchup at 14-5 on the season. First pitch is set for 6:30 p.m.