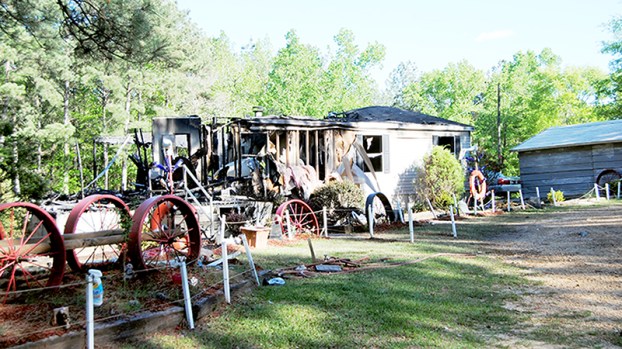 Photo by Brett Campbell/An afternoon fire Thursday destroyed a mobile home at 1857 Parkhill Lane SE. No one was home at the time of the fire, but the family's pet that was inside the home was killed.

The residents were not at home when the blaze began at 1857 Parkhill Lane SE, Galey said. It started about 1 p.m.

No one was injured as a result of the fire, however, the family’s dog was trapped inside the structure, he said.

They were joined by units and firefighters from Hog Chain, East Lincoln, Zetus and New Sight.

Some firefighters stayed on the scene for several hours to fight hotspots that continued to ignite, Galey said.

The state fire marshal will be on scene today to investigate the cause of the fire.

Two precincts merge into one

Two voting precincts will be consolidated into one location before the next county-wide election. The county leases the parking lot... read more