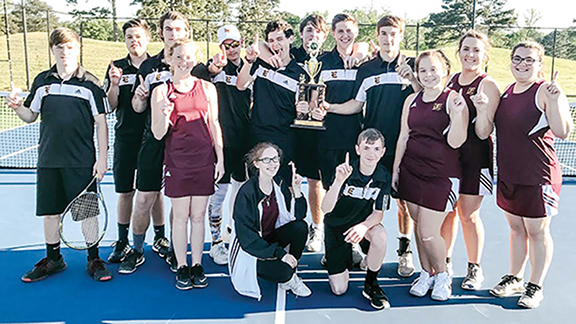 The win moves the Yellow Jackets to 4-0 in district play and gives them back-to-back district championships over the past two years.

The match Thursday started off tough in boys’ singles, with Cody Leggett of Enterprise coming out on top against Endurance Demese of Piney Woods 5-7, 7-5, 10-4.

In the first girls’ doubles match, Brittany Barnett and Amber Wyland of Enterprise won a tough match against Makada Tysfaye and Nordos Demese of Piney Woods in straight sets 6-2, 7-6.