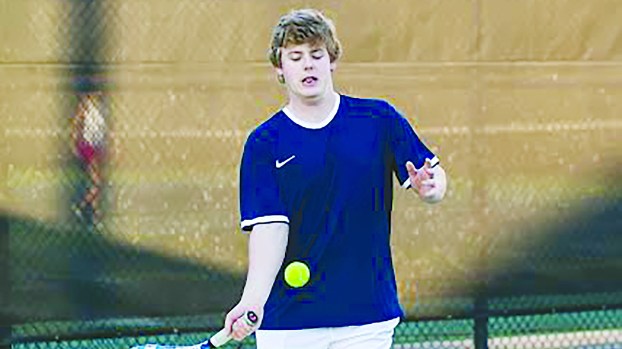 Photo submitted/Michael Haynes Hutson of Brookhaven focuses on hitting the tennis ball in their match against Petal this past week.

After their tough loss to Wesson last week, the Brookhaven tennis team bounced back and picked up a great win over Petal, winning the overall match 4-3.

The victory gives the Panthers much-needed momentum heading into the MHSAA 5A individual district tennis tournament in Jackson on Wednesday. The teams that reach the finals will head to MHSAA 5A state tournament in Oxford starting May 8.

In the boys’ singles match, Braxton Wallis of Brookhaven took down Luke Martin of Petal in straight sets 6-1, 6-1.

It was a battle of dominant baseball teams Saturday afternoon at Loyd Star, with the Hornets taking the walk-off win... read more