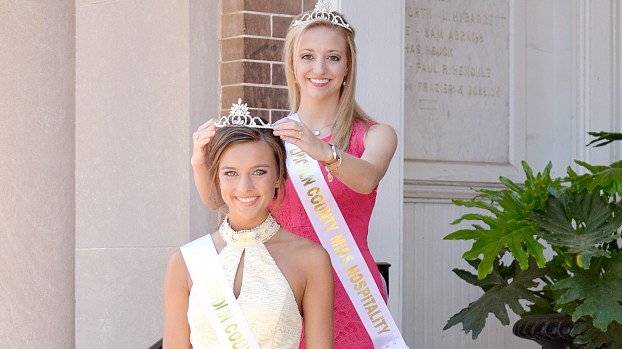 Teen shows her hospitable side

A Brookhaven Academy senior will be representing Lincoln County in the state Miss Hospitality program in Hattiesburg in July.

She is the daughter of Gary and Tammy Flumm and the younger sister to Jordan and Graham Parker and Haley Langston.

Local contestants are judged based on poise and interview skills with a special focus on hospitality, said Chamber program director Katie Nations.

Flumm researched Lincoln County to prepare. “I learned a lot of facts and studied a few weeks for it,” she said.

The 18-year-old is eager to compete for the state crown in July. The Mississippi Miss Hospitality organization awards tens of thousands of dollars in scholarships each year, allowing young women the chance to further their education, Nations said.

If Flumm wins, she’ll travel Mississippi to show off the state, its industry, economic development and culture.

Flumm will be attending the University of Mississippi in the fall with early acceptance into its pharmacy school. She said she knew she wanted to pursue a career in the medical field, and after spending the summer as an intern at King’s Daughters Medical Center, she decided pharmacy would be her best route.

Still, the busy teenager is graduating with a 4.0 GPA.

“Shelby proves she is well-rounded, spirited and will serve as a wonderful ambassador for the Brookhaven and Lincoln County area,” Nations said.

Nations is looking forward to working with Flumm through this spring and summer making sure she is as prepared as possible. A committee has been formed to hold mock interviews throughout the summer prepping Flumm to present her required 90-second speech about the state. She’ll also film a 20-second commercial on the Brookhaven and Lincoln County area.

The Brookhaven Exchange Club is sponsoring Flumm’s entry into the state program. Several Chamber of Commerce members also donated prizes to the contestants.

“Shelby looks forward to visiting local civic organizations this summer and being involved with the Chamber events throughout the next year,” Nations said.

Flumm said she is excited about representing Brookhaven and Lincoln County at the state pageant. “I can’t wait to see how I do,” she said.

After numerous postponements and rescheduled trials, a Brookhaven man accused in the death of toddler in 2014 is set to... read more