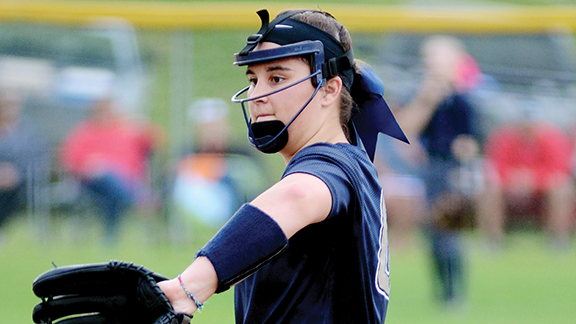 The victory gives them a three-game winning streak, including two wins over Lawrence County and one over Brookhaven. The Lady Cats now stand at 14-7 overall and 4-0 in district play.

“The girls played well and everyone contributed,” Bogue Chitto head coach Scott Leggett said. “Our defense got out of some jams and we did a great job at the plate as well.”

Leggett was outstanding on the mound against the Lady Cougars. The freshman went the distance and pitched seven innings, giving up no runs on six hits, two walks and three strikeouts. Leggett also had a strong game at the plate, going 2-for-2 with one RBI on the night.

Eighth grader Kayci Beth Wallace had a big day at the plate as well, going 3-for-3 with one RBI. Sophomore Karly Leake, senior Terrah Nelson and senior Cherie Savoie each had one RBI as well to round out the scoring for Bogue Chitto.

Next up for Bogue Chitto is a road game at Franklin County Tuesday night. First pitch is set for 6 p.m.

The Brookhaven Panthers pounced on Natchez early by scoring 11 runs in the first three innings to cruise ahead and... read more