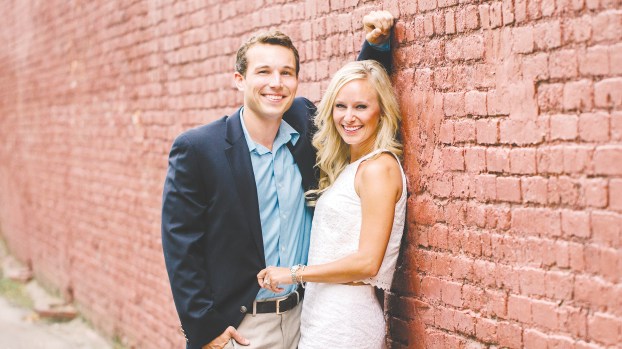 Mr. and Mrs. Robert Tucker of Oxford announce the engagement of their daughter, Carley Anne, to Dr. Giles Denton Langston.

Dr. Langston is the son of Mr. and Mrs. Judson Davis Langston Jr. of Brookhaven.

The bride-elect is the granddaughter of Mr. and Mrs. Bobby W. Chism of Tupelo, Mr. and Mrs. Thomas Tucker of Union and Mrs. Linda Birdsong of Raymond.

The prospective groom is the grandson of Mrs. Marjorie Giles Helmick, Mrs. Betty Denton Langston and the late Mr. Judson Davis Langston, all of Brookhaven.

Dr. Langston is a 2005 honor graduate of Brookhaven High School.  In 2009, he received his bachelor’s degree in international business from the University of Southern Mississippi. He received his Doctor of Medicine degree from the University of Mississippi Medical Center in Jackson in 2016 and is currently in residency at UMMC in emergency medicine.

The couple will exchange vows Saturday, May 20, 2017, at First Baptist Church in Oxford.  A reception will follow at the Powerhouse in Oxford.  After a honeymoon in St. Lucia, Dr. and Mrs. Langston will reside in Jackson.

Mr. and Mrs. William David Scarbrough, of Meadville, announce the engagement and approaching marriage of their daughter, Katherine Lee, to... read more