Arrest made in hit-and-run fatality

A Fayette man is accused of leaving the scene of an accident that left a Pascagoula man dead Saturday morning.

Jawonski Katrell Williams, 28, was arrested at 10:02 p.m. Saturday on a charge of felony leaving the scene of a fatal accident, said Cpl. Brandon Fortenberry with the Mississippi Highway Patrol.

The state Highway Patrol received a call about 10:30 a.m. Saturday about a pedestrian who had been struck by a vehicle in a rural stretch of Hwy. 553 between Fayette and Harriston.

The victim was identified as Johnny Lee Beverly, 25, of Pascagoula. Fortenberry said it appears that Beverly was walking on the northbound side and was struck by an unidentified vehicle that was traveling south on Hwy. 553. “The vehicle in question crossed over the center line coming into contact with Beverly,” Fortenberry said.

He was pronounced dead at the scene.

Fortenberry said two witnesses who live near the area told troopers they heard what sounded like an accident about 1:30 a.m. “When they went to check, there was no one around,” he said.

Williams is being held in Jefferson County Jail. Bond has not been set. 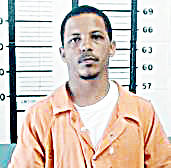 The softball game scheduled tonight at 6 p.m. in Brookhaven between the Lady Panthers and the West Lincoln Lady Bears... read more