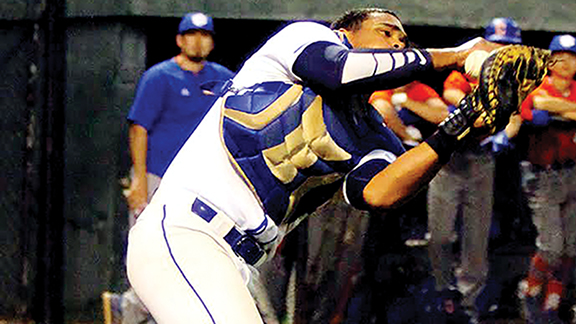 In an up-and-down battle, the Cougars were able to come back from two Laurel Christian leads on their way to a 7-5 win.

“I was proud of our guys tonight and how they battled the entire game,” said BA head coach Tyler Parvin. “It was great for our seniors to go out with a win in their last home game at BA.”

Trailing 1-0 going into the bottom of the second inning, Madison Smith cleared the left field fence with a solo home run to tie the game at 1-1. An RBI single from Colton Watson gave the Cougars their first lead of the game. Jaden Clark drove the third run of the inning in with an infield single.

Logan Murray struck out four and picked up the win for the Cougars in relief of Fisher Warren.  Madison Smith closed out the Lions with two innings of work to earn the save.

Brookhaven Academy will return to action Friday as they travel to Laurel to complete the district series with the Lions.  JV first pitch is scheduled for 5 p.m. followed by varsity action at 7 p.m.

In their final game of the regular season, the Enterprise Yellow Jackets made a big statement with a dominating 10-0... read more