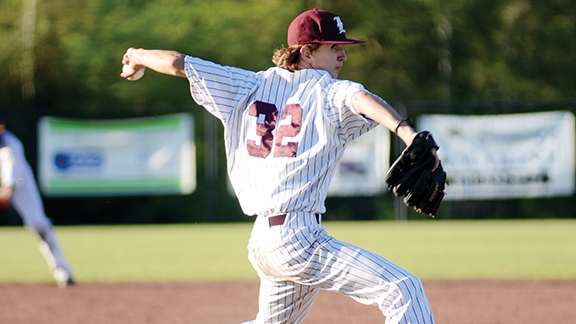 In their final game of the regular season, the Enterprise Yellow Jackets made a big statement with a dominating 10-0 victory over 5A opponent South Jones Tuesday night on the road.

The win ends the regular season for the Yellow Jackets on a four-game winning streak and with a 17-9 overall record, including 11-4 in district play.

“I thought we played great tonight. First complete game we have played all year,” Enterprise head coach Cass Brister said. “South Jones is a very good team so this win was big for us. Hopefully, this will carry over to Friday.”

With the 2A state playoffs starting Friday, ending the season on a hot streak gives the Yellow Jackets all kinds of momentum heading into the second season.

Enterprise jumped on the scoreboard early and never looked back, putting up five runs in the first inning and two more in the second to take command of the game.

The Yellow Jackets tacked on three more runs in the top of the fourth to win the game 10-0 in five innings.

“We can enjoy this victory tonight, but we have to get right back to work because Friday is what counts,” Brister said.

Beard, sophomore Hunter Richardson, senior Marvin Butler and senior Cade Cangemi each had two RBIs to lead Enterprise at the plate. Seniors Reese Brocato and Jeffery Daniels each had one RBI to complete the scoring for Enterprise.

The Loyd Star Hornets accomplished something Tuesday night that is hard to do for any high school baseball program. They... read more