Three want to be Brookhaven mayor: Two Republicans and one Democrat have hats in the ring

Three men are vying for the top seat in Brookhaven.

Brookhaven, based on its population of  12,513, according to the 2010 Census, is divided into six wards with an alderman-at-large as well. Mayor and aldermen are considered full-time jobs as is police chief.

The winner at the primary May 2 will face Smith at the general election June 6.

Cox, owner of Joe Cox Insurance Services since 1983, is seeking his second four-year term as mayor. He’s married to Angie Cox and they have two grown children and a grandson. He is a graduate of Brookhaven High School and University of Mississippi. He attends Faith Presbyterian Church.

Cox said the city has made great progress in his four years and has worked well as a team with a “spirit of cooperation resulting in well over 90 percent of unanimous votes by the board,” he said. “We have maintained a balanced budget while managing $12.5 million in general funds, plus water, sewer and solid waste monies, kept expenses under revenues, overseen the day-to-day operations of the city, as well as 157 employees, facilitated opportunities for economic development, completed the city’s most comprehensive paving project involving 77 streets, and continue working toward the perpetual need to expand and improve our infrastructure.

“We obtained over $4.1 million in grants through federal, state, and private funds and grant writers to help with the cost of everything from CDBG sewer improvements and FAA projects, to one of our most recent appropriations for the paving of Manufacturer’s Boulevard, which resulted from meetings with elected officials in Washington, D.C.

“We partnered with the county through contracting The Retail Coach to enhance local retail businesses and economic development, continued development of Linbrook (Business Park) and completed construction of the spec building in order to attract new industry by offering a ready-made facility, and development of the sports complex baseball facility.”

He also assisted with the the “development and implementation of city contracts, some of which involved making tough decisions based on the short-term and long-term vested interests of our city, helped facilitate major improvements of the Downtown District, and created an environment favorable for Downtown revitalization through working with the Chamber of Commerce and Brookhaven Trust.”

Whoever becomes mayor at the June general election will lead the city in projects that are scheduled to begin this year: LED street light replacement project, construction of the city’s largest water and sewer project, replacement of fluoridation equipment for the city water system and the completion of the Union Station Depot renovation project.

“The most significant infrastructure needs in the city continue to be our aging water and sewer systems,” he said. “Through fiscal responsibility, we have managed an annual budget of over $15.5 million and kept expenses under revenues since 2013, while continuing to meet the perpetual need for expansion and improvement to our infrastructure.”

Cox said economic development and a safe environment in which to live, work, worship and raise a family are a priority for Brookhaven.

Roberts served as Ward 4 alderman for three terms and has been chairman of the Lincoln County Republican Party. He is president of Diamond Energy Acquisition Group. In the past, as owner and president of Gas and Oil Properties, LLC., Roberts has been responsible for researching mineral title ownership, including verification of chain of title loans, tax assessor’s records, and lease checks. His job is to ensure that mineral owners receive their entitled procurement of leasehold rights to their property. He is cofounder and past president of Brookhaven Trust and a graduate of the University of Mississippi.

Roberts said many of the city’s roads, water and sewer services need attention. “The City of Brookhaven can boost the economy and prompt growth by creating new jobs and opportunities,” he said. “We can accomplish this by investing in the infrastructure of our great city. We should invest in and fully support our police department and fire department so that our citizens are safe and business may thrive.”

He believes the city should be run like a business. “Brookhaven must work efficiently and in a businesslike manner,” he said. “A successful business becomes successful by treating and serving its customers well. Our city is no different. Brookhaven should serve the taxpayers as customers. The customer should not only receive the service that they are paying for, they should be happy with the product. Through efficiency and a business approach to governing, costs will be cut and the taxpayers will be well served.”

If elected, Roberts would utilize the city’s wealth of resources to serve the people and improve the community. “We must market our resources in a manner that creates commercial and industrial growth, and the jobs that come with that growth,” he said. “We have the benefit of strong community colleges in neighboring communities which produce great numbers of young adults with specialized skills who should have the opportunity to use those skills in Brookhaven. Brookhaven must partner with these community colleges, and other schools, so that the next generation of jobs develop here. We should promote technology and pave the way for the next generation of businesses, so that our skilled youth, our greatest resource, makes a home in Brookhaven and continues to build up this wonderful community.”

Roberts wants to build up Brookhaven. “Brookhaven has been my lifelong home. The people of Brookhaven are my family,” he said. “I am passionate about serving this great city, building it up and making it even greater. Brookhaven should be a place where the youth desire to make a family here and continue to validate the nickname ‘Home Seekers Paradise.’  It should also be a place where one finds the comfort and support to enjoy retirement to its fullest. I am driven to be a part of meeting those goals and ideals.”

Smith said the most significant infrastructure needs in the city at this point are the replacement of deteriorating waterlines and the completion of street repair. “I would need to research the current plans and funds available to make a workable decision,” he said.

He suggests one cost-cutting measure to ease taxpayers’ burdens is to research the function of the various city departments “to be sure there is no duplication of services or lack of needed services,” he said. “Review and monitor to be sure that everyone is doing their job efficiently.”

Smith believes that Brookhaven could see improvements to the efficient use of available funds by coordinating services, and completing maintenance and timely repairs of infrastructure. “It would go a long way to improve the inner working of the city,” he said. “Be sure that all city employees — especially department heads — know their job description and are functioning in their positions to the best of their ability.”

Smith wants to represent the people as mayor. “I have lived my life in Brookhaven, observing changes as well as stagnation in some areas,” he said. “There is need for positive change. My experiences, education and life as a citizen of Brookhaven qualifies me for the position of mayor. I will represent all the people of this wonderful city.” 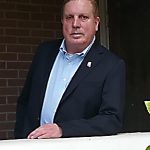 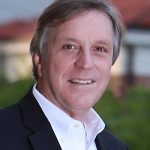 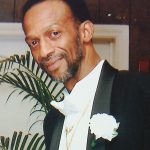 The four men who want to be chief of police for Brookhaven all have a wealth of law enforcement experience.... read more