For his dominating play on the golf course and for leading the Co-Lin Wolves all season long, Brandon Blakney was named a semifinalist for the NJCAA Jack Nicklaus Player of the Year award.

Nicklaus Award recipients will be announced June 4 with the honor presented by Jack Nicklaus at a ceremony during the final round of the Memorial Tournament presented by Nationwide Insurance at Muirfield Village Golf Club. In addition to receiving the Jack Nicklaus National Player of the Year Award, the five recipients will compete in the Barbasol Shootout for an exemption into the PGA TOUR’s Barbasol Championship, held July 20-23, at the Robert Trent Jones Golf Trail at Grand National in Opelika, Ala. The Barbasol Shootout will be held June 3 at the storied Scioto Country Club in Columbus, Ohio, the same club where Nicklaus learned the game of golf as a young boy. 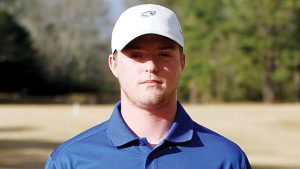 Photo courtesy of Golf Coaches Association of America
Brandon Blakney of Co-Lin was named as a semifinalist for the NJCAA jack Nicklaus National Player of the Year Award.

The Bogue Chitto Lady Cats continued their winning ways in game two of their second round series against Stringer, advancing... read more