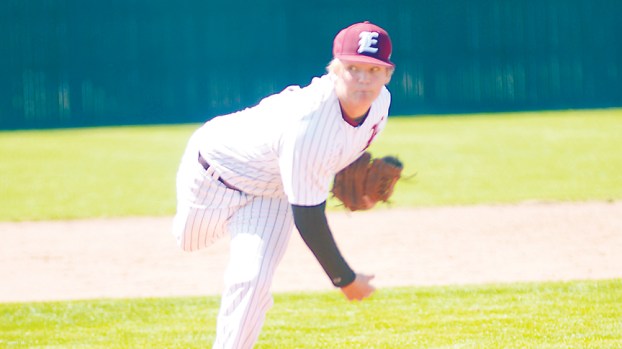 Jackets shut out by Bruins

The Enterprise Yellow Jackets ran into 2A power St. Joseph Catholic Friday night on the road and got shut out in Game 1 by a score of 8-0. The Bruins won the second game of the series 5-4 Saturday night.

Behind the strong start on the mound by Bradley Reynolds and Josh Bailey in relief, the Bruins kept Enterprise off the board and got the victory to open the playoff series.

“I thought Landon (Gartman) pitched a great game, but we didn’t play defense behind him,” Enterprise head coach Cass Brister said. “You can’t beat teams that good by giving them extra outs. Their pitcher did a great job of keeping us off balanced at the plate.”

Reynolds was dominant from start to finish for the Bruins, pitching six shut-out innings, giving up no runs on two hits, one walk and six strikeouts. Josh Bailey came on in relief and pitched the final inning and gave up no runs with one strikeout.

Sophomore Landon Gartman got the start for Enterprise and pitched five innings, giving up four runs (three earned) on seven hits, four walks and six strikeouts. Senior Austin Carter and freshman Colby Beard pitched in relief of Gartman, combining to give up four runs, none of which were earned.

The defense did not help the pitching effort of Enterprise with five errors for the game.

Freshman Austin Fugler and sophomore Hunter Richardson each had a single to round out the hitting total for the Yellow Jackets.