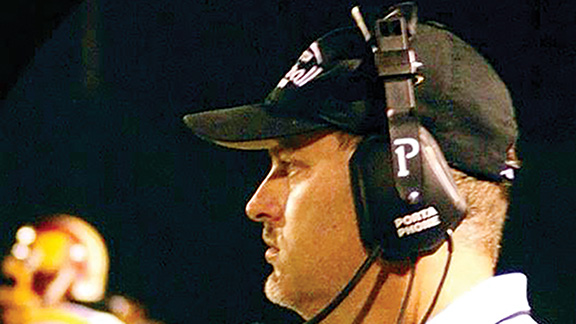 With 18 years in coaching and 14 years as a head coach, Ford has plenty of experience as a football coach in the state of Mississippi.

Ford spent most of his time as the head coach at Lumberton High School, where Ford worked from 2008 to 2015. Ford won the 1A state championship back in 2010, when the Panthers went 14-1 and 4-1 in district play.

Ford was previously the head coach at Simmons High School in Hollandale, where his team fell short in the state championship game back in 2005.

Ford spent 2016 as an assistant coach at Hattiesburg High School, but wanted to come back to a head coaching position.

Ford sees a lot of potential and good opportunities at Loyd Star. Ford pointed out that Loyd Star has a good administration to work with, a strong support system and a good community that supports the school.

Where Ford sees the most potential is the past history in athletics when it comes to the other sports at the school.

“With all the success that Loyd Star has had with the other sports, we can bring that to the football program,” Ford said. “With the recent lack of success, I’ll be sure to find young men that are hungry to compete and be successful. If you can find those young men and put all of those things together, we can be successful.”

With 35 players on the roster as of right now, Ford wants to bring that total up to 45 players and recruit some kids from other sports to potentially join the football team.

With past head coaching experience and a solid plan in place, Ford is excited to join the Loyd Star community and looks forward to getting to work.

“Success comes from hard work and confidence. The harder you work, the better shape you’re in and the more confidence you’ll have,” Ford said. “We have to be good physically and mentally. If they do that, the kids will feel confident about themselves.”

Ford plans to be in Lincoln County today to finish up spring practices and get to know the players that are on the roster now.