Two veteran law enforcement officers will face each other for the police chief badge in the Brookhaven general election June 6.

Kenny Collins, a lieutenant with the Brookhaven Police Department, defeated his boss and an alderman Tuesday in the primaries to earn the Democratic spot on the police chief ballot.

He’ll go up against Republican Jason Gaskin in the general election.

In the Republican primary, Gaskin, the lone name on the ballot, earned 1,206 votes or 96 percent.

Collins was surrounded by friends and family when he learned he’d defeated the incumbent Bell and Belcher. “I heard the room in the back start hollering and they came and got me,” he said.

He said he’d take a moment to let the realization set in that he’s the Democratic pick for police chief, then he’ll get back on the campaign trail. There’s too much to do, he said.

“Now it’s time to go to work. We’ve got to bring this community together and the only way to do that is to change the police department,” he said.

“We’ve got to invest back into the schools, focus on that rather than being ticket writers.” 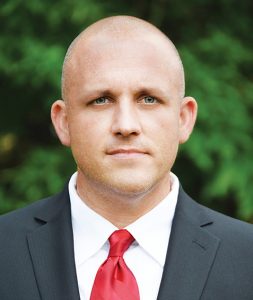 Collins said that he was put in this world to make a difference. “My gift is people,” he said. “God blessed me with the ability to bring people together.” 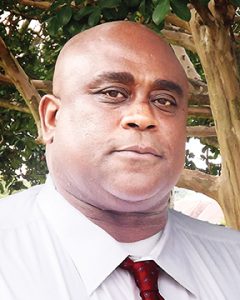 Some races for aldermen already decided