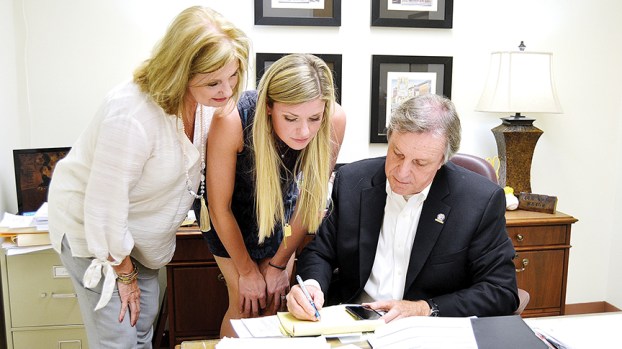 Photo by Donna Campbell/Incumbent Mayor Joe Cox goes over some poll numbers with his wife and daughter in his office Tuesday night after the primary election. Cox will face Democrat David D. “SWAC” Smith in the Brookhaven general election June 6. Pictured are, from left: Angie Cox, Claire Strong and Joe Cox.

Smith, as the one mayoral candidate on the Democratic ticket, picked up 1,400 votes —96 percent.

He said he is expecting about the same percentage for the general election.

Low voter turnout may be a challenge for Cox and Smith as they head into the general election. Smith received nearly 400 more votes than Cox in the primaries. But now their slate is wiped clean and the campaigning will continue.

Cox was celebrating with supporters and friends in his office after the polls closed and the results were released.

He said his supporters have been a big help in the campaign. “I thank them for coming out today,” he said.

“We need to all group together now for the general election.” 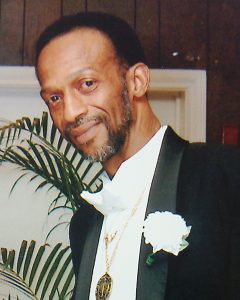 Two veteran law enforcement officers will face each other for the police chief badge in the Brookhaven general election June... read more