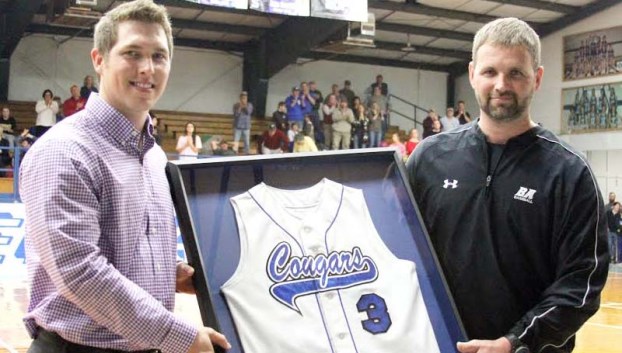 As an every day outfielder and designated hitter for the Tampa Bay Rays, Brookhaven Academy alumnus Corey Dickerson has made a big impact on his ball club so far in the 2017 season.

Dickerson is on the top of depth chart at the designated hitter spot for the Rays and swaps in at right field behind Colby Rasmus.

In his fourth year in the majors, Dickerson owns a career .282 batting average, 204 RBIs and 69 home runs.

So far in the 2017 season for the Rays, Dickerson is batting a career-high .330 with 10 RBIs and six home runs on the season. His best game of the season came back on April 5 against the New York Yankees, where Dickerson went 2-for-4 from the plate with two RBIs, including a solo homer and an RBI single.

If his numbers keep up, Dickerson could have a career-year from the plate, surpassing his 2014 season with the Colorado Rockies. In that season, Dickerson batted a .312 average with 24 home runs and 76 RBIs in 131 games in the Mile High city.

The McComb native and Cougar alum is finding his spot in the lineup and getting the at-bats that he deserves with Tampa Bay. The opportunity is there for Dickerson to put up the best numbers of his career.

Dickerson is signed through 2020 with the Rays after he was traded in 2016 form the Rockies. If his play keeps up and he can stay healthy, Dickerson can keep a spot in the Tampa lineup for the rest of his contract.