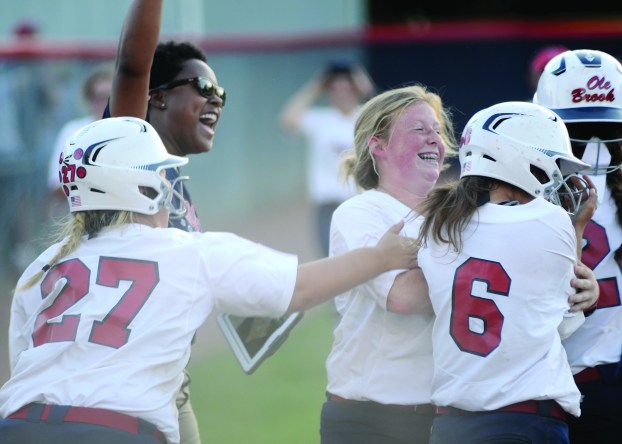 With the Bogue Chitto Lady Cats still gunning for another state title, the 2017 area softball season provided great moments for fans throughout the Lincoln County area.

From Ole Brook rallying around the death of their teammate Brittney Hill, Loyd Star’s undefeated run and Bogue Chitto continuing their hot streak to the possibility of a state championship, there are plenty of moments to look back on and remember.

Some of the best softball teams in the state came out of Lincoln County, including Bogue Chitto, Loyd Star, Ole Brook and West Lincoln. As each team faced each other at some point during the regular season, each school separated themselves from each other to fight their way to the top of the standings.

There have been some great games, upsets and moments throughout the season, but none better than these three.

The Lady Hornets looked unstoppable to start the season, winning their first 18 games and placing their name in as one of the best teams in the state. During that stretch, Loyd Star collected wins over Wesson, Brookhaven, Bogue Chitto, Wesson, Lawrence County and more. With a senior-laden team, headlined by senior pitcher Makenzie Smith, the Lady Hornets outscored their opponents 135-26 on the season and made it look easy.

Their best win of the season came against Lawrence County on April 18, when they overcame two deficits to win 5-3 in nine innings to extend their winning streak.

The undefeated run came to a surprising end as Loyd Star lost four of their last six games to end the season, including two losses to defending 2A state champion Taylorsville and losing the district title to Enterprise.

The loss to Taylorsville is nothing to be ashamed of as head coach Jan Delaughter led this team to new heights during the season with strong hitting and shutdown pitching from Smith.

The Lady Hornets should be right back where they are in 2018.

This remains to be seen since the Lady Cats are still battling for the crown, but Bogue Chitto turned their season around to make a run for another state title.

The Lady Cats started the season 7-6 and lost their first three games to begin the season. Since then, the Lady Cats have won 13 of their last 14 games, with their only loss during that streak coming against Enterprise on April 7.

The Lady Cats are also hot at the right time, winning 10 in a row, including a win over Ethel in game one of their South State series Friday night.

Bogue Chitto is a very young team for the most part, with the exception of the three seniors Terrah Nelson, Cherie Savoie and Taneshia May. The rest of the roster is made up of freshmen and eighth graders.

It’s been fun watching the young players shine for the Lady Cats and their postseason run will help set up success for the future teams.

The best moment of the season was an emotional one for the Brookhaven Lady Panthers.

After the tragic death of teammate Brittney Hill, the Ole Brook community rallied around the Lady Panthers for one special moment at the Ole Brook softball complex on April 17 against Lawrence County.

The team lined up on their side of the diamond with tears running down their faces as they let balloons in the sky, remembering their friend and teammate.

It was a moment of remembrance and unity as the team rallied around their friend and made a run in the postseason.

Their postseason run came to an end against Long Beach in the quarterfinals, but they showed heart and fight, just like Hill would want them to do.

Seniors Macy Ziskin, Jada Henderson, Tia Bussey and Cheyenne Motley will leave the program, but their impacts will last a long time.