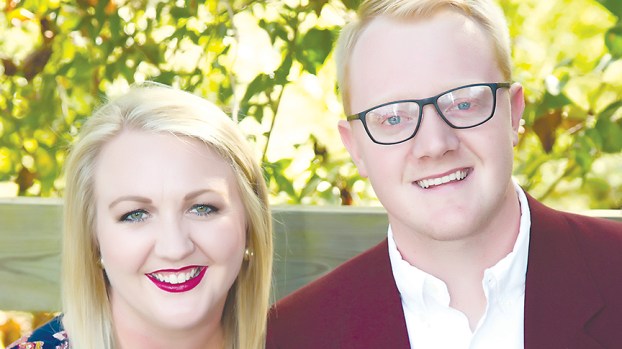 Scott and Sharon Speights of Wesson announce the engagement and approaching marriage of their daughter, Laura Speights, to Jacob Tarver.

He is the son of Lisa Tarver and the late John Tarver of Wesson.

The bride-elect is the granddaughter of Frances Speights, the late F. Joe Speights, and Ron and Anna Hartgraves.

Miss Speights is a 2012 graduate of Wesson Attendance Center, a 2014 graduate of Copiah-Lincoln Community College and a 2016 graduate of the University of Mississippi with a bachelor’s degree in integrated marketing and communications. She is currently employed as director of special projects in the office of the Mississippi Secretary of State.

The prospective groom is the grandson of Martha Beall, Mary Owen, Maxine Walker and the late Jack Beall.

Mr. Tarver is a 2012 graduate of Wesson Attendance Center and a 2014 graduate of Copiah-Lincoln Community College. He is also a 2016 graduate and 2017 graduate of the Mississippi State University, with a bachelor’s degree and master’s degree in business. He will begin the management development associate program at Trustmark National Bank in June.

The couple will exchange vows Saturday, May 27, 2017, at 6:30 p.m. at the Hideaway at Reed’s Estate in Brookhaven with a reception to follow. Family and friends are invited to attend.

Marlin and Cindy Bass of Summit announce the engagement and approaching marriage of their daughter, Brooklyn Bass, to Chance Schmidt.... read more