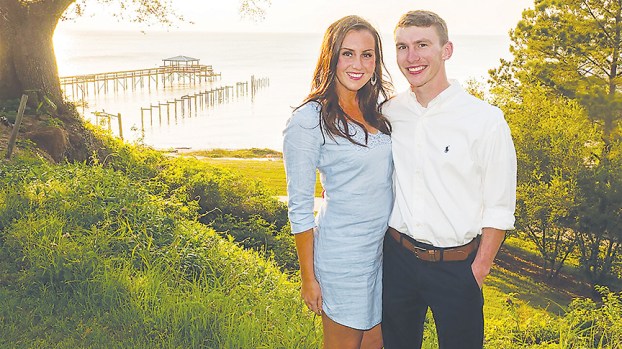 Jeff and Pamela Wilson of Campobello, South Carolina, announce the engagement and approaching marriage of their daughter, Kayla Wilson of Fairhope, Alabama, to Aaron Davey, also of Fairhope, formerly of Brookhaven.

He is the son of Pat and Anna Davey of Fairhope.

The bride-elect is the granddaughter of Dr. James and Mrs. Elaine Rinehart, William Dorsey, and Edward K. and Evelyn Wilson.

The prospective groom is the grandson of Tina Davey, Jeff and Lauri Harrold, Jim and Marily Laub, Leon and Frances Wiesener, and the late Frank Davey.

Mr. Davey is a 2010 graduate of Brookhaven High School. He attended Mississippi College and the University of South Alabama, graduating with a bachelor’s degree in international studies. He is a specialist in the Mississippi Army National Guard, working as an analyst in the 150th Brigade Engineering Battalion.