Rev. Edward J. and Glossie Mae Earl of Brookhaven will celebrate their 63rd wedding anniversary on May 15. Mr. Earl is retired from the Coca-Cola plant and Mrs. Earl works at Mullins cafeteria.

“We are grateful to be together for 63 years,” said Rev. Earl. “Even though people said we wouldn’t make it, by the grace of God we are still in love. She is my queen.”

“He is my king,” Mrs. Earl said, “and we love each other more now than then. What a blessing from God.” 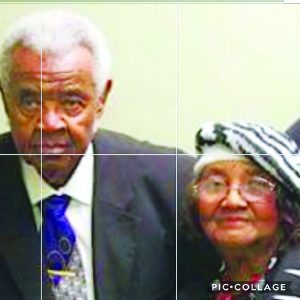 Scott and Sharon Speights of Wesson announce the engagement and approaching marriage of their daughter, Laura Speights, to Jacob Tarver.... read more