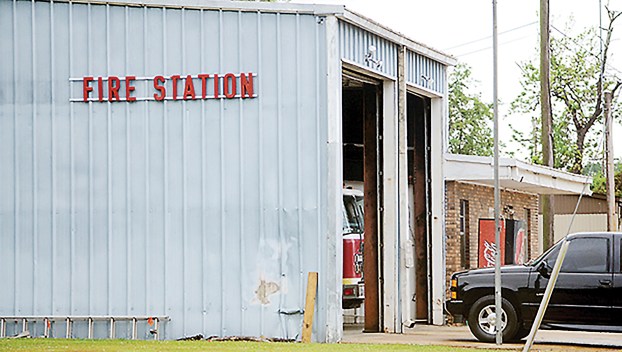 Daily Leader file photo/Brookhaven received $625,000 from the state to build a new fire station to replace the aging building on Willard Street.

Location is the burning question: City officials are looking for the best place to build replacement fire station

Brookhaven will build a new fire station, it’s just a matter of where and when.

The question of how to fund it has already been answered.

Gov. Phil Bryant a year ago this month signed a bill authorizing Mississippi to issue $250 million in bonds and another $50 million in the future for various projects, including $625,000 for a new fire station in Brookhaven.

That check arrived in March, but the Board of Aldermen hasn’t settled on a location to put it. The new station will replace Fire Station 2 on Willard Street. Chief Tony Weeks, Mayor Joe Cox and aldermen have pitched location ideas to different sources since the beginning of this administration’s term.

Now, with only a few meetings left before a new administration takes office, the current board will likely pass the bucks to the next group. They’ll take office in July and at least three wards will have new aldermen.

Cox said the location of the station would probably be something the new board will address.

He said one delay in choosing a location was the money. The board didn’t want to do too much before funding was secured.

One option was the Stahl-Urban building but it would have cost too much to repurpose it.

“The city was looking into revitalizing the old Stahl-Urban location, but a preliminary report indicates that this project is just not financially feasible,” he said. “We are looking at other suitable sites.”

“We’re going to do our best with what we’ve got,” he said.

The metal building, built in the early ‘70s, has been plagued with maintenance problems. Cox said the board has tried not to spend any money on the building.

Weeks recommended to the board last year that a new station should be built larger than the current facility. The fire trucks are barely able to fit in the current truck bays, he said.

Ag program could expand across county