Mrs. Getwan, 93, died Monday, May 1, 2017, peacefully at her home. She spent her final days surrounded by her loving family before making the transition to be with her Lord and Savior Jesus Christ. She was born March 6, 1924, to the late Elwin and Rosetta Beamon Fretwell, in Lake Butler, Florida. After graduating from high school in Bunell, Florida, she went to professional secretarial school. She then moved to Vero Beach, Florida, and landed her first job at the U.S. Naval Station. She met the love of her life, Lt. Col. Nicholas Getwan, and they married on March 30, 1946. Soon after they married, they made their home in Columbus, where they raised three children, Nicholas, Ann and Mary. They made numerous friends and retired before moving to Elkhorn, Nebraska, in 2008 to live with their daughter, Mary. She was a longtime and much loved member of Annunciation Catholic Church in Columbus. She loved her church and was secretary for many years serving the priest of the church. Not a Sunday went by that the priest didn’t come to her home for Sunday lunch. She and her husband made many friends at the church over the years and were highly respected members of their congregation. From Annunciation Church, She next worked at Mississippi University for Women in Columbus, where she was the executive secretary for President Charles Hogarth. After many years at Golden Triangle Regional Medical Center as the executive secretary for Bob Profitt, she went to work for Robert Ivy at Georgia Pacific as his executive secretary and retired from there in 1989. She spent several years volunteering at Annunciation Catholic Church and Columbus Air Force Base after retirement. She was a proud member of the Beta Sigma Phi Organization. Mrs. Getwan’s passions in life included her children, grandchildren, and traveling. She was much loved by all and will be remembered as a gentle, kind soul with a beautiful infectious smile. She made delicious homemade dinner rolls and breakfast cinnamon nut rolls which she loved to share with family and friends.

She is preceded in death by her parents; husband; brothers, Harris Fretwell and John Fretwell; and sisters Juanita Osterman and Virginia Westbury. 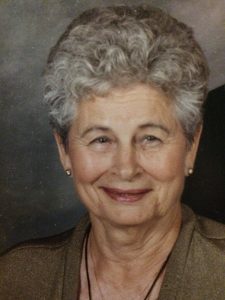 Funeral services for Edwin Brown Dodds, of Hazlehurst, are Friday, May 19, 2017, at 2 p.m. at Stringer Funeral Home... read more